[Poll results live] Are you happy with how Google is handling Pixel 6/Pro software updates?

The Google Pixel 6 and 6 Pro are Google’s latest flagship smartphones. Both brought notable improvements in sections such as cameras and AI capabilities, as well as a complete redesign.

Any improvements that Pixel smartphones receive are always welcome. However, receiving the latest updates before anyone else is one of the main selling points of the series.

That said, this is not being fulfilled with Google’s new flagship phones, as updates to both (Google Pixel 6 and 6 Pro) have been constantly delayed.

The Google Pixel 6 and 6 Pro updates have been bumpy since the release of the devices. Not only are they receiving the updates late, but they are also plagued with new issues.

On some occasions, Pixel 6 series users have had to wait weeks to receive a fix to severe issues. You can check the complete history of Pixel 6 problems in our tracker.

For instance, the Pixel 6 series users were eagerly awaiting the December update which was supposed to bring a fix to many glitches. But, that update came late and with even more bugs to the list.

Then, the January update it also suffered from a delay. But, at least this one gave hope for a better future in terms of software stability as it brought various fixes and not many bugs.

However, the February update returned to the negative trend by including new glitches. So, ironically, users have been patiently waiting for updates with fixes to current problems, only to receive new bugs.

Now, the March update for the Pixels again skipped the Pixel 6 series, so users are facing another delay without being sure it will resolve the pending issues.

It’s worth pointing out that the Pixel 6 series is currently experiencing problems as serious as unstable Wi-Fi/mobile networks.

Are you f*cking kidding me?

Another major update for which the users of the FLAGSHIPS of the series have to wait an unspecified amount of time. Google has officially dropped the ball and they should be ashamed of the botched launch and support of the 6 and 6 Pro.
Source

Something that is frustrating Pixel 6 series users is not having an official explanation for the delay in updates. Google also doesn’t provide an estimated arrival date when an update is delayed.

Due to the frustrating experience, some users are considering returning their phones. After all, the situation with the delayed updates shows no signs of improvement months later.

Has Anyone Returned Their Pixel 6 for a Refund?

I’m just wondering has anyone managed to successfully return their Pixel 6 for a full refund even though it’s outside of Google Store’s 14 day return window. I have had the signal loss issue since day one and have tried pretty much everything to solve it with no success. This is obviously a basic function that the phone is failing to perform.
Source

I couldn’t agree with OP more. Same problem and got the exact same reply from Google. It will be fixed with the next software update. Almost 5 months since release and my pixel 6 cannot reliably function as a phone. And now every other pixel gets the march update except the 6 series. Flagship phone shuffled to the bottom of the deck. A stooge beta tester for Google. What a disappointment.
Source

But be warned that switching to another brand such as the Samsung Galaxy S22 series will mean you lose access to some cool features that are exclusive to the Pixel 6 series.

Granted, we’d like to know how happy you are with the way Google has been handling Pixel 6 updates so far. Do you consider switching to another brand soon? You can leave us your opinion in the poll below and in the comment box.

[POLL] Are you disappointed with the multiple delays with updates and issues with the Google Pixel 6?

06:39 pm (IST): Poll results are out and 83.3% of our readers are not happy with multiple delays with updates and issues on Pixel 6 devices, while the rest 16.7% have no problem. 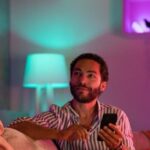 Philips Hue can't connect or won't work with Apple HomeKit a known issue, but no ETA for fix (potential workarounds inside)