In the last few years, we have seen tremendous growth in the number of people using the internet. One of the most popular web browsers used to surf the internet is Firefox.

Developed by the Mozilla Foundation, it was initially released in 2002 and has a market share of 4.2% as of February 2022. Firefox uses the Gecko rendering engine to load web pages. But like every other browser, users sometimes face bugs such as the Widevine issue causing Netflix, YouTube TV, and other streaming services to stop working and the iPadOS version of the app opening blank and duplicate tabs when using Apple Magic.

And now, Firefox users are saying (1,2,3,4,5) that the browser is laggy or choppy when it comes to video playback. Many also say that videos are not loading at times and that the browser crashes whenever they try to play something.

Reinstalling the app or resetting browser settings are not helping with the issue either. Below are some reports from Firefox users complaining about laggy video playback.

Ive noticed a problem, I dont know if a new update caused this or not, but its been happening for a few days now. As the title says videos will play, but will “freeze” (and the mouse-cursor disappears), but the audio still plays. The video doesnt resume until I either hover over the video or click on the video again. Its a similar behavior to how when you change a tab, or when you run Firefox in the background and do something else in the foreground, like say playing a game. Except it happens in real-time as youre watching the video.
(Source)

As of yesterday I’m unable to play video in Firefox. I don’t know if anything changed, there was a small update but I didn’t look carefully exactly what it was for, it just started happening all of a sudden. The issue persists even after a full system restart as well as rebooting my router. This is very problematic, please let me know if anyone else is seeing it and what to do. The issue is universal to all video sources: Youtube, Facebook, etc. The seek bar indicates the data has loaded, however video just keeps loading forever and never plays. Sometimes it will play after several seconds, then after a minute or more it will freeze again.
(Source)

While Firefox developers are yet to acknowledge the choppy and laggy video playback issue after the v98 update, we came across a workaround that involves changing the status of some flags from the about:config page.

You could try to disable VAAPI in about:config look for this string and reset it to False. Also, the setting gfx.webrender.enabled is not needed anymore, you could try to reset this as well to its default. Or before changing these settings, try with a new, default profile: firefox -P
(Source)

We hope Mozilla takes a look at the problem and fixes it as soon as possible since the browser is unusable right now. If and when they do, we will be updating this space with more information so make sure you stay tuned. 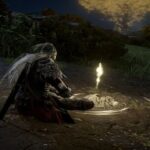