New World, the popular MMO developed by Amazon Games, is a common title when talking about bugs and issues. Its updates frequently bring problems that players constantly report.

According to multiple reports, New World’s PvP mode is practically unplayable due to a desync and lag problem during matches (1, 2, 3, 4, 5).

I’ve been really trying to enjoy OPR since the gypsum update but it’s very difficult. The pvp feels so clunky and awkward it’s genuinely triggering. With de-sync, buffer frames, and not being able to weapon swap consistently STILL. Don’t even get my started on collision with friendlies (in dungeons it’s just as bad if not worse).
Source

This results in things like missing hit boxes (phantom hits/shots), very slow weapon swap, noticeable delay between action and command, and more. So, the characters cannot be controlled correctly.

Problems with PvP in New World

Desync. Especially as melee, there is rubber banding on (at times) nearly every hit. Roots such as ice wall and movement abilities, especially in combination, also cause frequent rubber banding. This really should be the number 1 priority imo bc when its bad it makes the game feel nearly unplayable.
Source

Mainly notable in melee combat, but guns are affected too

Most reports agree that the problems reported are especially notable while using melee weapons. This is logical, since they require more closeness and precision with the opponent to attack.

But, that doesn’t mean that only melee weapons are affected by bugs. Below is a video where gun users suffer from related issues:

According to reports, the aforementioned glitches started from New World update 1.1. But, at the moment, there is still no official acknowledgment from the developers.

Update 1.1 and updates thereafter have critically harmed the stability of PvP, even in small-scale battles including 1v1 duels. The desync introduced throughout these recent updates has ruined the responsiveness of PvP, made melee tracking and abilities feel terrible to use, and made ranged weapons feel unrewarding for aiming and placing abilities and shots well. I’ll admit,
Source

So, it only remains to wait for new updates related to the progress in solving these severe glitches that affect PvP mode for New World players.

Finally, once new developments related to the matter emerge, we will update this article with all the relevant information.

Fortunately, support has acknowledged the issue and said that they are aware of it. However, they did not provide any ETA for the fix. 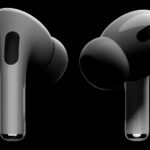