In October this year, Google released the stable version of Android 12. Bringing in new features and a theming engine called Material You, the latest from Google brings in several improvements in terms of performance.

However, like its previous iterations, those who upgraded to Android 12 have reported several bugs and issues, which you can check out in our dedicated Android 12 bug tracker.

With Pixel devices slated to receive monthly updates, Google rolled out the Android 12 December update to several devices. But it looks like the update is causing some problems with some saying that their device reboots to recovery mode whenever they connect a Bluetooth or wired audio device.

Having said that, it looks like Pixel users who installed the December update are facing another issue (1,2,3,4,5) where the whole screen except a small portion goes completely black whenever they receive notifications.

While swiping the notification or locking the phone and unlocking does the trick, this is really inconvenient if you are someone who receives a lot of notifications in a short span of time. You can see for yourself how the screen turns black in the image below.

The last few days I’ve startet getting black screen with just a small see-through hole when getting a notification. If i swipe the notification away the screen goes back to normal. If i pull it down it comes again. Seems super odd to me. It does it with all notifications not just messenger. It seems like the blur effect is no longer translucent but pitch black. Anyone? Edit; Android 12, updates weeks ago not, issue started to happen yesterday. No system updates available.
(Source)

Those who play games on their mobile devices say that the issue is really annoying and makes it borderline impossible to play anything at all. But with Google yet to acknowledge or say anything on the matter, it is unclear how long Pixel users will have to bear with the black screen notifications issue.

Nonetheless, we’ll keep an active track of the developments on this one and update the story, as and when required.

IST 12:26 pm: The problematic December update that resulted in many bugs and issues including this one has since been suspended.

IST 05:43 pm (IST): The black screen issue still persists even after the January 2022 patch as new reports (1, 2) regarding this bug are still coming in.

IST 10:51 am: Unfortunately, the January 2022 update which is now rolling out for Pixel 6 and 6 Pro does not mention any bug fix for the issue where the screen turns black when a notification arrives.

IST 05:09 pm: Reports (1, 2, 3, 4) are still coming in regarding the Google Pixel black screen issue which means it still persists even after the January 2022 update.

09:51 am (IST): Here’s a workaround for the black screen issue suggested by a product expert on the Google forum. The affected users can try and see if it helps.

04:20 pm (IST): Google support on Twitter is asking the affected users to report this issue to their phone/chat support team so that they could take a closer look in a better way.

01:52 pm (IST): The Canadian carrier Fido reveals that Google will release March 2022 update for Pixel 6 and older Pixel phones on March 07. And we hope that this patch will bring a fix for the black screen issue. 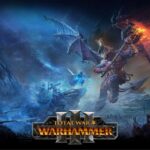