Founded by ex-Amazon employees and based out of Seattle, Wyze Labs, Inc. sells wireless security cameras along with several other smart home products such as watches, bands, RC cars, and even robot vacuums.

Users can control these devices using the Wyze app. That being said, the company recently released the Wyze Cam V3 that can operate both indoors and outdoors. But the latest from Wyze Labs has had a bunch of issues such as the cameras going offline or motion detection zone not working for some.

And now, reports are coming in with users saying that the Wyze app notifications are not working. Many said that the bug is affecting them despite making no changes to the config.

It looks like the problem started for some after the latest app update. Factory resetting the devices does not seem to work either.

For about one year my notifications on Cam-V3 worked fine on Android. From today afternoon it suddently stopped working. Tried all checks on phone settings/notifications and Cam V3 Push-notification settings. I have the latest version 4.36.8.15 and it says my cam-V3 is up-to-date. I tried loading Wyze app on iOS and another android phone., but no notifications., but all apps are detecting the Event-motion triggered. My relative shared his camera and its notifications are received by me on my phone, so there is no config/settings issue.
(Source)

Same here. I was just about to make a thread about it but say this one so figured I’d post on it. As of yesterday. It was a gradual process with notifications stopping for each camera gradually. I first lost notifications for one camera, then another, then eventually all of them stopped. The events are being recorded. I’ve checked every single notification setting in the Wyze app and on my phone. All of them are set up to allow notifications. They just aren’t coming in. I also checked the Wyze App version and updated it from the Google Play Store. That didn’t fix it.
(Source)

Many are frustrated since they are not getting any notifications since last week. As it turns out, the issue is reportedly affecting Cam Plus subscribers.

Some said that turning off Cam Plus fixes the notification issue but then the cams are unusable for them because it records only for 12 seconds.

Moreover, a user said that they got a reply from Wyze who allegedly said that they are working on the issue and that it might be fixed via app or firmware update.

I just got a reply from them saying that they are still working on the problem and it may be fixed either by a firmware or app update.
(Source)

We hope Wyze finds out the root cause of the notification issue and releases a fix as soon as possible. When they do, we will let you know so stay tuned for updates.

05:35 pm (IST): Wyze acknowledged the notification not working issue and said that they have determined the root cause of this issue. Moreover, they plan to fix it in the next V2/Pan firmware release.

We found the root cause for the missing sound notification issue, and we will deploy the fix in the next V2/Pan firmware release. Thank you very much for posting this issue. (Source) 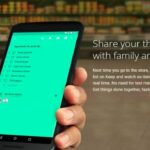 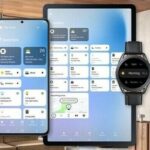