Spotify is by far one of the best music streaming platforms on the internet. The freemium service is giving tough competition to the likes of Pandora and Apple Music. The platform has a library comparable to Apple Music with over 70 million songs.

Founded in 2006 and based out of Sweden, Spotify has steadily grown over the years and made a name for itself in the niche. It is also the fastest-growing music service in terms of users per year, leaving YouTube Music, Amazon Music, and Apple Music far behind. Since it is an online service, users do sometimes encounter some bugs and issues that range from mildly infuriating to some making the service unusable at times like the recent bug that made it impossible to play downloaded songs offline.

With that being said, Spotify subscribers are reporting another glitch that prevents users from adding local files to their mobile devices. Many say that even though the files are added, they cannot see them on the Spotify app on their phone.

Old local files seem to be working just fine, which is really weird. Generic solutions such as clearing cache and reinstalling the app do not help at all. It looks like the problem lies somewhere on the backend since many are unable to use the feature.

This is really frustrating for those who have a large music collection or want to listen to songs offline.

So all of a sudden I can’t add any local files to my phone (OnePlus 8 Pro Android 11) anymore. When I add them to the playlist on the desktop app (Windows 10) they just won’t appear on my phone’s spotify. And yes I’m sure both devices are in the same network and yes I also tried reinstalling both apps. Tried basically everything. I can synch old local files that been in my playlist already, but I just can’t add new local files to my phone anymore.
(Source)

I tried posting on the spotify community but that didn’t work so here I am So I have about 4000 local files on my computer and most of them are downloaded on my phone. But recently, I could add local files to playlists and create new playlists with no problems. But now, whenever I create a playlist out of my local files and go to download it on my phone, it shows up as an invalid playlist or the songs just don’t show up at all. Does anyone think they can help me?
(Source)

Fortunately, Spotify has acknowledged the issue and said that they are looking into it. However, there is no ETA on when a fix will be coming.

05:18 pm (IST): A Spotify community mod has confirmed that the issue with local files not being added to playlists should now be fixed. The fix seems to have been implemented via a server change hence there’s no need to update the app.

Our tech teams have done their magic backstage and local files should now be able to be added to playlists again without issues. Any files already added should start syncing automatically – If they don’t, try restarting your phone and the app to give it a refresh. (Source) 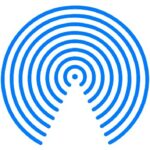 [Updated] macOS 12 Monterey universal clipboard not working for some users; AirDrop also glitched for others