Spotify, the music streaming service, also allows you to download songs. So, you can listen those songs without internet connection.

Downloaded songs aren’t playing offline for some on Spotify

According to reports, even with a premium subscription to Spotify, it is not allowing some users to listen to the songs or podcasts they have downloaded. All they get is a perpetual loading screen.

My downloaded music won’t play, I’m a premium subscriber. -I’ve uninstalled and reinstalled app -Redownloaded to “very high” quality -reset my phone. I can stream no problem but as soon as I download it, the song won’t play. Around 10% of my downloaded music doesn’t have this issue. Has anyone else had this problem.
Source

This problem would be affecting almost the entire user playlist. However, in some cases, around 10% of their downloaded songs could still be played normally.

A workaround that may mitigate the issue

Some users also report a workaround that could help. Basically, if you have the audio quality set to ‘very high’, you can try reducing it to ‘high’ or ‘normal’.

The above raises the suspicion that the issue on Spotify offline mode would be related to the audio quality of the songs. But, this is something that has yet to be confirmed.

If you are one of the users affected by the problem, for now you will have to settle for reducing the audio quality of your downloaded songs, while an official solution arrives.

Spotify team is aware of the issue

The Spotify team officially confirmed that the reported issue has been escalated. However, no information on the estimated arrival date of a fix has been disclosed.

Thanks for reporting this issue to us.

We’ve passed your info on to the relevant team, who are currently looking into it.

If you’re experiencing this issue, make sure to click +VOTE and Subscribe to the thread to be notified of any developments.
Source

If there is any new development in this matter, we will update this article to keep you informed, So, stay tuned with us. 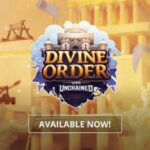