If you are into MMORPGs, you must have heard of New World. One of the latest entrants in the niche, the game is developed by Amazon Games Orange County and published by Amazon Games. Even before the game was launched, many were eager to try the game.

In its beta days, the game was such a sensation that it went on to become the fifth biggest Steam game of all time in terms of concurrent player count. Having said that, the game also gained popularity when players reported that New World was bricking their NVIDIA RTX 3090. Amazon responded to the allegations and said that the game was not at fault.

Ever since it’s release on September 28, players have complained about various issues such as the Ice Gauntlet bug that is wreaking havoc and the character transfer paused bug.

And it looks like the trouble doesn’t end there for Amazon Games. Many New World players are now complaining about the War lag. Players say that Wars have been laggy for almost three weeks, but the developers are not doing anything about it.

Before saying anything, I think this should be the biggest priority for the devs to fix. As we are all aware wars have been stupid laggy for the past three weeks, and attacking has been very easy if your attacking team can adapt to the laggy meta. One company on my server has been doing this for the past 3 weeks, they lost all wars before the lag meta came in and are almost about to take over the whole map by doing the same thing every war.
(Source)

Some Marauder faction on my server (Naxos Eu Central) called Levant Company/ now Covenant and called North Guard, keep abusing the terrible game mechanics and uses every glitch they possibly can to lag out the wars and win instantly. They win all their wars by blobbing up, moving point by point lagging out everything around them with Ice Gauntlet, GA, War Hammer, Hatchet glitches and appear litterally unkillable. A war against them takes 3 minutes… When the frick are they going to fix this hot mess they call a game?
(Source)

It looks like New World Wars are a lag fest right now. The bug is ruining the PvP aspect of the game and is causing frustration amongst players.

Some are even demanding that the developers disable Wars until they fix the lag since players are using exploits and making wars unwinnable.

In Lamian servers we are suffering the same problems in wars because a clan is dedicated to abusing the LAG exploit that is generated by massively using the ice glove and the hammer at the same point, making it impossible to take any point in the wars. It is unfortunate that players who abuse this exploit are not reported and banned massively, as it ruins all gameplay within wars.
(Source)

@playnewworld @AMZNGameStudios @AmznLumberyard Please fix the war bugs soon. Recording from tonight’s war from opponent POV, they openly utilize the AoE/Ice Gauntlet lag bugs to surround points and wipe the other team. Enjoying #PlayNewWorld but the exploits are out of control.
(Source)

As it turns out, Amazon Games is aware of the New World War lag issue and said they are working on a fix. However, the developers did not share any ETA on when the fix will come out.

We are aware of the issues players are currently experiencing with War lag, it is a top priority for the team to address it, we are finalizing the testing of fixes and when they are ready we will patch to resolve this. Thanks for your patience.
(Source)

When Amazon Games fixes the issue, we will let you know so make sure to keep checking this space for updates.

11:20 am (IST): Many users are reporting (1, 2, 3, 4, 5) lagging issues with New World War after the recent patch. The community managers are already aware of the issue and the devs are working on a fix that should arrive soon. 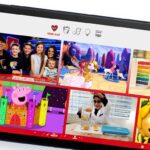