Rocket League is one of those games players from all walks of life play on a daily basis. The easy-to-play online multiplayer video game is one of the most fun games in recent times.

The multiplayer title can be best described as soccer but with rocket-powered cars. After being bought by Epic Games, the popular Steam title went free to play in 2020. Unsurprisingly, the game is quite often updated with new content, events, and DLCs. But sometimes these updates are the reason why players are unable to enjoy the game. Rocket League players recently complained that the Play Again button was glitched while some were unable to join tournaments.

Now, players are reporting a visual glitch where equipping the Takumi Distortion decal is making the car appear white. It is interesting to note that the issue does not seem to affect other presets.

Some thought that the glitch was a result of corrupt game files so they tried fixing it, but it didn’t seem to work. You can see in the image below how the Takumi Distortion decal glitch looks like.

Is this just me or what? Also when paired with the grey Takumi it changes the fenders and such to a really light grey. I tried to upload a screenshot but xbox is being a pain in the ass. Pretty cool though.
(Source)

Has anyone else noticed the same problem? I’ve been using Distortion decal for a long time, on the Takumi legacy body. Around 2 or 3 days ago, maybe after some patch, I noticed a problem with Distortion, my blue car that uses this decal is now yellow for no apparent reason. So both the blue and yellow cars look yellow, which makes it very confusing in game. My blue car seemed normal, without the issue, before this problem started happening. If this is a bug, any fix?
(Source)

While the change may be unintentional, some Rocket League fanboys say that the glitched version of the decal looks pretty good. Others say that they want the old look back.

If you don’t like the visual glitch, just change your decal to something other than Takumi followed by the secondary color. While some feel like the glitch is pretty good, others say it is quite confusing to look at in-game.

As it turns out, Psyonix seems to be aware of the bug and has added it to its list of known issues. While they did not share any ETA on when it will be fixed, we hope the issue is resolved in the upcoming update.

Hey there Nick. We are aware of this issue regarding the Distortion decal and it is in our known issues list https://bit.ly/35Ue710. However, our goal is to make our game as best as possible for our players so your report is very appreciated. Stay safe!
(Source)

Having said that, we will be keeping a keen eye on the matter and updating this space in the coming days so make sure you keep checking this page. 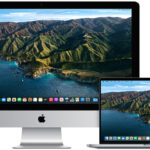