Instagram is one of the most popular and engaging social media platforms on the internet. The American photo and video sharing service was launched in 2010 and acquired just two years later by Facebook Inc. (now Meta).

As of 2020, Instagram generated $20 billion in revenue and has more than 1.16 billion active users. With that being said, Instagram developers constantly work on new features and improve existing ones to keep users engaged. But these changes and the addition of new features sometimes make things go haywire. For example, some users recently complained that they were getting no sound from Instagram stories after updating to iOS 15 while others complained of the ‘Add Yours’ sticker not working.

Now, many Instagram users are reporting another issue where their highlight story covers are automatically getting changed from what they had set. Moreover, those affected say they are unable to change it and set it according to their personal preferences.

It looks like Instagram developers somehow managed to break the edit function with highlight stories setting the first picture for some as the cover instead of the chosen image.

Those with lots of highlight stories are frustrated since they had several pictures in their stories and had taken their sweet time to set their favorite picture as story cover.

So I went on my profile today and strangely saw that all of my highlight covers had changed from what I had set them to. I tried to change one but it won’t change to what I am setting it. What is going on? Is this a common bug? Am I being hacked?
(Source)

I went to check my Instagram today and all of a sudden my highlight covers had reverted back to the first story in the highlight instead of the covers I set them as. I tried to reset them and it doesn’t save. Is anyone else having this problem or have a solution?
(Source)

The bug caused confusion with many thinking that their account had been hacked while they were away. Others were frustrated and angry with Instagram since they had carefully chosen their highlight story cover photo.

People said they tried logging out and logging in again, clearing the cache with some even reinstalling the Instagram app but nothing fixed the highlight story cover issue.

In the meantime, a user has suggested a workaround that seems to be working for some. You can give it a try and let us know if it fixed the problem for you or not.

Ok figured out how to fix it. It’s glitching with pics that are in your highlights already. When picking a cover for highlight, pick one from your phone album instead of a pic you’ve posted to highlights before
(Source)

With Instagram yet to acknowledge the issue, users are left in the dark and have no way of knowing when the bug will be fixed. If and when they do, we will update this space so make sure you stay tuned for more information.

Note: We have more such stories in our dedicated Instagram Section so be sure to follow them as well. 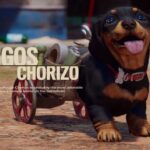 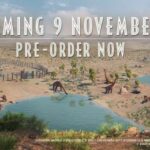