New World, the MMO developed by Amazon Games, has been very successful since its launch. However, there are also bugs and problems that must be resolved.

One of the issues that many New World players are complaining about is related to excessive mob spawning in some scenarios and quests.

Every single quest that says place this here, defend this etc…spawns mobs but the mobs do not despawn if someone fails or moves on. They just pile up. Its certainly a great place to level a group of ice gauntlets though. I have seen over 100 mobs stacked up at different quest choke points. Burden of atonement, paths unseen and shivering timbers.
Source

The “Shivering Timbers” quest is broken, it is impossible to approach the place of interaction due to the uncontrolled revival of local pirates. There is also no way to interact with the quest trigger. Even if, by a miracle, you manage to go further, then throughout the quest, in the chain there are also endlessly reborn monsters. For example, ghosts that kill in one cast of AOE skills.
Source

It seems that the problem occurs mostly in the Reekwater Quests (Burden of Atonement, Path Unseen & Shivering Trees).

It should be noted that this bug is not exactly new. In fact, there are similar reports since the beginning of October:

Meanwhile, the most recent reports related to the bug are from just a few hours ago:

The potential cause of the bug

Some players suspect that multiple mob spawning would occur as mobs accumulate as players fail the quest:

The quest is indeed bugged as of this date of writing. If someone has attempted it previously and then failed, the next person doing the quest gets all their mobs. It cascades in to having dozens of each mob spawned.

If you can get a group to clear out all the bugged mobs, the quest resets to its original way. However again, if someone fails, the next person questing will have to contend with their own mobs + the failed attempt.
Source

That is, if a player fails the quest, the mobs assigned by the game would accumulate along with the mobs that are assigned to the next player to attempt the quest. However, this has yet to be confirmed.

The latest official word about this bug

A Community Moderator of the support forums confirmed that the issue has been escalated. However, it is not known when the fix will arrive:

If there is any new development in this regard in the coming days, we will update this article, so stay tuned with us. 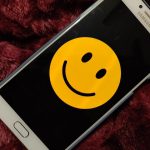