Amazon Games’ New World players are lately affected by a bunch of issues such as the recent Ice Gauntlet bug and the War lag issues making it unplayable for many.

The title gained massive popularity after it was launched in September this year and went on to become one of the most played video games on Steam. With hundreds of thousands of daily active players, Amazon Games frequently pushes new content in the form of events amongst other things.

Set in the fictional world of Aeternum, a recent exploit allowed players to create in-game currency by using a bug in the trading posts. The developers quickly disabled all trading posts, trading between players guild treasuries and sending currencies.

Hi all, We are aware of a possible gold duplication exploit that has been circling and we are temporarily disabling all forms of wealth transfer between players (ie. sending currency, guild treasury, trading post, player to player trading). Any player that has engaged in the use of this exploit will be actioned against. Once the gold duplication exploit has been investigated and we are ready to turn on wealth transfer again, we will update this post. Thank you for your understanding.
(Source)

Having said that, New World players are reporting that those who used the gold dupe exploit are getting perma-banned.

Had some people in my discord who did the dupe. They all just got banned. FeelsGoodMan. Honestly a faster response than I expected
(Source)

However, some players say they got perma-banned even though they did not do anything wrong. Many are frustrated with New World’s banning system and said they lost profiles with hundreds of hours of progress.

I’ve got a perma too, no proof, with reason as Disruptive behaviour, then made new account only to be 24 hr ban again for Abusive behavior yet – no swearing, and minimal shit talk and typing. New World report system and bans are a joke.
(Source)

@playnewworld So my friend gets reported for no reason when he’s been offline and it’s a perma ban with no ability to appeal it. What is wrong with your system?
(Source)

Moreover, gamers say a bug with the Fire Staff and Ice Gauntlet is not dealing any damage to targets but sometimes kills the enemy instantly. This is really frustrating since the damage is really inconsistent.

Pillar Of Fire on Fire Staff will cast on your feet half the time, even though you already unstow your weapon. Also about 30% of the time the skill will just straight up not work even if you land directly on the enemies (you can test it easily in a duel). But then randomly it will hit the enemies two or three times and one shot them. what the heck? What’s wrong with this skill
(Source)

Ice gauntlet same bug with Ice storm and in additional when monter is realy close standard attacs dont register hits i.e. ghosts when they fly to me they fill my entire screen and when i attack projectiles fly trough them.
(Source)

If and when Amazon Games acknowledges or fixes the issue with New World Fire Staff and Ice Gauntlet, we will update this space with new information. 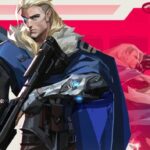