Samsung Galaxy Watch 4 notifications not showing with details unless you tap on it after 'DUJA' update? Here's a quick fix

The Samsung Galaxy Watch 4 is the latest in the Korean manufacturer’s smartwatch lineup. Released on August 11 at the Galaxy Unpacked event, it is a notable upgrade over its predecessor, the Galaxy Watch 3.

It is also one of the few watches that sport the recently released Android Wear OS that was developed by Google in partnership with Samsung. The Galaxy Watch 4 runs on the One UI Watch 3, which is praised by many for its functionality and simplicity. Despite being a flagship watch, it is affected by bugs and issues with some users recently complaining that the heart rate sensor did not work properly during workouts.

And even though the Samsung Galaxy Watch 4 looks tough, some users reported that the watch was catching scratches just a few days after they got their hands on the device. Now, many Galaxy Watch 4 owners are reporting that they are having an issue with apps notifications not showing details after the latest update. Previously, the smartwatch displayed notifications, but the DUJA update seems to have changed things a bit.

Users are now required to tap the notification if they want to see the details. It looks like Samsung changed the notification behavior without informing users about the same in the update.

In the US and upgraded to DUJA a couple hours ago. Since the update notifications are “stuck” at the initial notification screen when received and it wakes the watch (bit tough to explain) and I cannot see the detail of the notification without now tapping on it. I have rebooted the watch and my S20 and no change. Anyone else experiencing this?
(Source)

Others have probably noticed this as well, but after taking the latest update on my GW4, my notifications startee requiring me to tap on the watch screen first to show the actual details of the notification. This is a pain in the ass when your hands are full, wet, dirty, etc. I rebooted etc but couldn’t figure out why this behavior was occurring.
(Source)

If you own a Samsung Galaxy Watch 4 and the notification is not showing any details, you need to enable a toggle called “Show with details” that can be found under the advanced notification settings.

We think Samsung changed the default notification behavior to give users more control over privacy, but why they made the changes without notifying users is still unclear.

It is interesting to note that the update changelog does not mention the changes anywhere.

Note: We have more such stories in our dedicated Smartwatches Section so be sure to follow them as well. 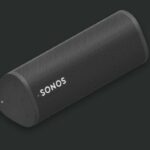 Sonos allegedly working to fix Plex issue with 'Unable to browse music' error, but no ETA