The Samsung Galaxy Watch 4 is the South Korean company’s flagship watch this year. Running on Wear OS 3, it is the first time Samsung has tried the operating system on its smartwatch lineup.

As one would expect from a premium device, the Galaxy Watch 4 does provide a fluid user experience, thanks to One UI.

But lately, some people have reported issues with the watch such as the heart rate monitor randomly generating stats while others complained of Google Fit not syncing with the watch. Now, users are reporting another issue with the watch, albeit this time it’s not with the software. User reports suggest that the Samsung Galaxy Watch 4 is already getting scratches.

It is interesting to note that Watch 4 was launched just last month during the Samsung Unpacked event that also featured the launch of the Galaxy Z Flip 3 and Galaxy Z Fold 3.

You can see how bad the scratches are for some in the image below:

I have already two tiny hairline scratches on my Black 44 mm Watch 4. I didn’t even do much just like you. So, I ordered a bumper for this bad boy. I agree with you. Samsung should at least have used black pigments in the aluminum frame instead they just painted aluminum with cheap black paint. Even though my scratches are tiny, it is very visible with dark black paint.
(Source)

While many say that their Galaxy Watch 4 is catching scratches, some argue that this hasn’t been the case for them.

Moreover, users say that are already using a screen protector and a watch case. Even though the paint job scratches are not that noticeable, it is really disappointing to see such a premium product getting damaged so easily.

Some Galaxy Watch 4 owners are already thinking of sending the watch back to Samsung, but say that apart from the minor scratches, the overall experience is too good.

Looking at user reports, it looks like most of the scratches are on the bezel of the watch with very few complaints about a damaged screen. Having said that, we’d like to hear from Samsung Galaxy Watch 4 owners regarding how the experience has been to date.

Did your Galaxy Watch 4 catch some scratches? Share with us your thoughts in the comments down below. 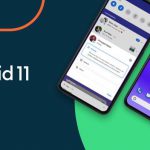