Ever since its release on September 14, iPhone 13 users have reported some bugs and issues. Recently, users reported that the phone was not working with Google Fi eSIM while others complained they were having connectivity issues with CarPlay.

The Cupertino-based company recently released iOS 15.0.1 that fixes a bunch of issues (three to be precise). However, it looks like the update introduced more bugs than it fixed. Users are now reporting several bugs after they updated to iOS 15.0.1. Starting with battery issues, some users are reporting that random apps are causing rapid battery drain while others complain about the battery draining overnight.

Others say they are experiencing animation freezes and stutters after upgrading to the recent version. For some, videos seem to load in poor quality initially.

Moreover, the latest version of iOS is also causing FaceTime to crash for users with the video going out. Some are also reporting issues with widgets flickering when multitasking.

My 11 Pro Max is having serious battery issues. This morning at 6 am I took it off the charger and it was at 100% I’ve used the phone for 40mins or so total, and maybe 20-25 of those are on screen, the rest was playing a podcast to my AirPods while in the gym. The battery has gone to 44% after just 3 hours of being off the charger. I’m on the last update, so 15.0.1 I believe. Battery health is 89%.
(Source)

13 pro and theres so much about 15.0.1 thats broken for me. Playing videos in my photo library often results in a stuttering mess, Airdrop isnt working, touches on screen not registering, apps freezing, internet dropping out. Im on the verge of wiping it and starting over.
(Source)

The reports also suggest that models other than the iPhone 13 are affected. Apple is yet to acknowledge any of these issues. Seems like the iOS 15.0.1 update introduced a lot of bugs while it was originally intended to fix existing ones.

It remains to be seen if they will acknowledge the issues. If and when they do, we will update this space to reflect the same so make sure you keep an eye out.

In the meantime, check out our dedicated iPhone 13 update bug tracker to see what bugs are currently affecting those on the latest Apple devices.

Also, let us know if the iOS 15.0.1 fixed existing bugs or introduced many more in the comment section down below.

Evidently, Apple still has a long way to go before iOS 15 can be as polished as we all expect from a company like Appl. 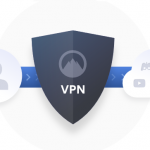