Apple’s iPhone 13 series might be the shiniest smartphones around, but they aren’t the most perfect the market has to offer. If it makes you feel any better, there’s no perfect phone out there.

But truth be told, the iPhone 13 family — more so the Pro devices — is the crème de la crème of the smartphone market. For this reason, one would expect a near-perfect experience out of the box.

However, early adopters of the phones are finding life difficult when setting up Google Fi eSIM function on these shiny jewels. Just in case you missed it, the iPhone 13 series is the first to support dual eSIM function alongside the usual nano-SIM, but there’s no indication that you’ll be able to insert up to three lines.

The function first came on the iPhone with the 2018/9 edition of devices and owners of supported devices have had no issues setting up and using it on Google Fi.

With the iPhone 13 series, though, there appears to be a minor stumbling block for those switching their Google Fi eSIM plans from older iPhones to the new models.

I upgraded from an iPhone SE to the iPhone 13 pro today and was surprised that the google fi activation didn’t work. I contacted them and they said it’s not yet supported on the 13 pro. I’m going to go head out to get a physical sim card which they say should work.
Source

Not able to get service working on new iPhone 13 pro that came with a Verizon e sim. Have a new iPhine 13 pro. Can from apple with Verizon sim setup with my Verizon number. When I open the Fi app it says I need a fi sim but I should be able to add fi as an e sim.
Source

Setting up the eSIM function on a Google Fi-supported device is a pretty straightforward task. But unfortunately, iPhone 13 users end up with the screen below, with no eSIM option.

As noted earlier, this isn’t anything major. Google should be quick to address the matter, especially now that the Fi support page on Twitter already acknowledged that the eSIM function isn’t supported on the iPhone 13 series just yet.

Unfortunately, there’s still no ETA as to when iPhone 13 users can expect to start accessing Google Fi via the eSIM function.

On the brighter side, those affected have already found a workaround that should let you set up the eSIM function on your iPhone 13 before Google provides an official solution.

So far, this temporary solution seems to have done the trick for a few of those affected, so it’s worth giving it a shot.

I went to https://fi.google.com/ios/quicksetup to grab a qr code and entered it in settings -> cellular -> add cellular plan.
Source

Another iPhone 13 user on Fi also adds that:

I did the manual activation using the QR code at http://fi.google.com/ios/quicksetup (be sure you are logged into your Fi gmail account). Launch the Fi app, after you scan the QR code, make sure these settings are there (Settings/Cellular/*Fi Plan*/Cellular Data, restart your phone.
Source

Of course, this isn’t an official solution, so it probably may not hold for everyone. Still, we’ll be keeping an eye on the progress and let you know when Google provides an update on the situation.

[Updated] Google aware of issue with 'turn off all the lights' command not working for some Home/Nest users, fix may take a few days 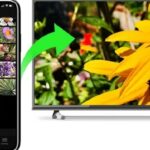