The Poco X3 and Poco X3 Pro may look nearly identical, but of course, appearances can be deceiving. Sure, the devices have pretty similar display specs as well but the similarities end right there.

Firstly, the Poco X3 Pro is a major upgrade in terms of raw power thanks to the flagship-level Snapdragon 860 within, as opposed to the mid-range Snapdragon 732G the Poco X3 NFC is powered by. However, the Poco X3 NFC evens the battle by its 64 MP primary shooter which is much superior to the 48 MP sensor on the Poco X3 Pro.

Additonally, the Poco X3 Pro comes with a smaller battery – 5160mAh as opposed to the gigantic 6000mAh one on the Poco X3 NFC. Although this shave in terms of battery capacity means that the Pro is slightly slimmer and lighter.

But amongst all these differences, both of the devices are united by one commonality, although one wouldn’t really call it anything good – there has been a slew of reports about a touch responsiveness issue affecting both Poco X3 NFC and Poco X3 Pro:

@POCOSupport the touch sensitivity is very poor. I have to swipe atleast two times in my poco x3 pro. Can’t move the apps swiftly from home screen. Please fix it.
Source

So the phone is available for some time now. How about fixing the touch issue? Could some officials from poco say something about that? 5 times a day I have to restart the phone because the touch screen is barely responding.
Source

However, it occasionally sticks permanently as well following which a reboot is the only way out.

Several users have also complained about the horrible touch responsiveness during gaming. This is especially apparent with games like Genshin Impact where trying to keep the character in control becomes a tedious task.

A few users have even reported ghost touches and problems with multi-touch. So yeah, the situation is pretty bad.

I recently bought Poco X3 mobile, I am facing a touch issue with it and went to the service centre, they had updated the software and given back to me, within 2 days I am facing the same issue with the touch @IndiaPOCO @cmanmohan @MiIndiaSupport @pocox3nnfc @xiaomiIndiaCare pic.twitter.com/tPSuoOCcmp

Nonetheless, it is worth mentioning here that the Poco X3 NFC and Poco X3 Pro aren’t the only Xiaomi/Poco devices being affected by such issues.

We highlighted in the past how the Poco F3 and Redmi Note 10 suffered from similar random bad touch behavior as well.

But there’s a difference in their situation when compared to the Poco X3 series – the Poco F3 and Redmi Note 10 touch issues have been officially acknowledged and fixes have already been rolled out. Hopefully, Poco will treat their X3 series similarly. For now, there is nothing to do really apart from waiting for an official acknowledgment.

Or you can always pressurize Poco into fixing the Poco X3/X3 Pro touch issue by making some noise on Twitter or the Poco Community.

As always, we will continue tracking the matter for further developments so stay tuned to PiunikaWeb.

10:43 am (IST): The touch screen issues on the Poco X3 NFC have finally been taken up for analysis. The culprit seems to be the Android 11 update. However, the Poco X3 Pro is still left in the dark.

Also as you can see in the above screenshot, the lag issues have been acknowledged as well. For our coverage on the same, head over to this link.

12:30 pm (IST): The touch issues on the Poco X3 Pro have now been acknowledged as well with the latest MIUI Bug Report for Poco Devices.

12:06 pm (IST): A test update is set to be released with a fix for the Poco X3 Pro ghost touch issues as per the latest edition of the Poco Weekly Bug Report.

04:12 pm (IST): The latest edition of the MIUI Bug Report for Poco Devices says that an update with a fix for the issue has been rolled out to 10 users to test. The users have given positive feedback:

The temporary package(update) has been pushed to 10 users for verification, and 3 users responded that the fixed version is relatively stable. The problem has not been reproduced yet‌‌.
Source

1:15 pm (IST): In a post published in the Poco community forum, the company goes to talk about Frame Drop Issue And Ghost screen afflicting users of the Poco X3 Pro. In the post, the brand says it is observing feedback after the second great level testing for a fix. The company also adds that it is testing a fix for the Ghost screen bug that has been afflicting users on MIUI V12.0.3.0.RJUIDXM, V12.5.1.0.RJUIDXM, V12.5.1.1.RJUIDXM.

3:51 pm (IST): In the latest MIUI bug report from Poco (Vol-16), the company has confirmed that they’ve pushed the latest decimal package to 50 users which brings some improvements for the touch issues.

1:54 pm (IST): Poco has recently published an updated list of known bugs and issues and in it, notes the current status of the Ghost Screen issue on the Poco X3 Pro.

05:45 pm (IST): In the latest bug report (Vol. 18), Poco claims that there has been a decrease in the feedback (reports) they are getting about the bug compared to the previous stable update. 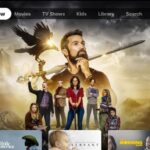 Apple TV app not working on Roku & instead throws 'Video not available' error for Ted Lasso & other shows? Here's a quick fix