The Xiaomi Redmi Note 10 series has been plagued by several issues all pertaining to the display at once. We previously highlighted how the Redmi Note 10 Pro suffered from flickering issues.

The problem was addressed with a bug-fixing update though thus proving that poorly optimized software was to be blamed.

Users report that the phone’s touch hasn’t been responding properly since the day they got the device. The issue seems rather severe too with plenty of swipe gestures simply not getting registered.

I bought redmi note 10, 2 weeks back. Its touch is not working properly from the first day. What Should I do now? It feels like I have bought crap.
Source

What about redmi note 10 touch issue. I cannot even use my phone. Either resolve issue or take all your note 10 series phone back and refund to us. I can’t type message, cannot swipe, cannot play game as touch not working. Such a 3rd class product
Source

Moreover, while most of the complaints seem to originate from Redmi Note 10 users, there are quite a few from the Redmi Note 10 Pro/Pro Max camp as well indicating that the entire series may be affected.

Nonetheless, Xiaomi is at least aware of the matter as they have now released a new Mi Pilot Testers build for the Redmi Note 10 with the goal of ‘verifying’ the touch issues.

Not too many details were given out but it’s safe to assume that the update brings along some tweaks to improve touch responsiveness. But those tweaks are clearly not perfect at the moment which is why they haven’t been rolled out widely.

The build carries a version number of MIUI 12.0.3.7 and isn’t really installable for those that aren’t a part of the Mi Pilot Testers program.

That said, now that we know that a fix for the touch responsiveness issues on the Redmi Note 10 is in the works, we are hopeful that the Pro variants will be treated similarly.

As always, we will continue tracking the matter for further developments, so stay tuned to PiunikaWeb. 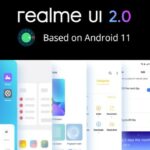