The NBA 2K series has offered several of the most popular basketball simulation game titles since 1999. Now, the latest game in the series, NBA 2K22, has been gaining a lot attention.

While NBA 2K22 was recently released on numerous platforms including Windows, PS4, PS5, and Xbox, players have already been reporting about multiple issues in the game. 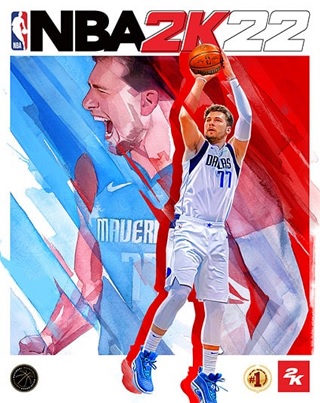 As per reports across numerous platforms, NBA 2K22 is plagued by issues related to the Rec center, squad invites, etc. Reports clearly outline that players are unable to invite each other for Rec matches.

However, if NBA 2K22 players somehow manage to form a squad for a Rec match, there is significant delay or lag which is making the game unplayable for them.

Apart from that, players are even reporting that they are getting kicked out of the squad randomly or getting errors while playing matches. All this is inconveniencing players and they are demanding proper fixes for these issues.

There is major lag and huge delays whenever there is a camera cut. I’m not the only one because people will be running out of bounds and not gonna lie it’s pretty damn funny. But nonetheless it needs to be addressed.
Source

While these problem where players are experiencing delay or lag in Rec matches and squad invites clearly appear to be widespread, NBA 2K22 support and developer have not made any comments so far.

Also, there are no specific workarounds to fix these problems which is only complicating matters further. It is possible that these issues might be occurring due to heavy traffic.

Moreover, since the game came out pretty recently, the servers might be experiencing some sort of glitch which is causing these problems. However, all this is based on speculation until an official word comes out.

me and my boys been trying to get in rec but the squad invites seem to be broke. any fixes / work arounds?
Source

Anyone having issues joining up in squads with friends on next gen? We all restarted the game and can’t get in a squad together. Is there a fix or workaround?
Source

Meanwhile, affected players can try some generic troubleshooting to isolate some of the problems or errors mentioned above.

This includes removing any excess NBA 2K accounts from the console, check whether the data is synced properly, or delete the NBA 2K22 reserved space.

It must be noted that these unofficial workarounds may or may not fix the aforementioned issues and a proper fix can only provided by the game developer and publisher.

Hopefully, 2K Games and Visual Concepts take a proper look at the many user reports regarding these problems and fix them soon so that players can enjoy NBA 2K22 without any hassle.

05:00 pm (IST): The recent patch brought along some stability improvements, however, it does not fix all the performance issues entirely. Here’s the complete changelog:

– Additional stability improvements in an ongoing effort to improve your user experience.

– Fixed issues where some users were unable to progress in select MyCAREER storylines.

– Fixed just prior to this patch: Users should have already noted improved responsiveness on Squad Invites and newly improved performance in Rec/Pro-Am experiences. (Source)

01:20 pm (IST): NBA 2K is pushing out a bug fix update to its players. Here is the changelog and more info on the update.