COD: Modern Warfare issue with 'Disconnected due to transmission error, status: VIGOROUS' has a possible workaround

Call of Duty: Modern Warfare players have been through some tough time. To recall, there were multiple reports about issues like the Dev errors, reticle menu not working, and more.

While there have been many workarounds to bypass these issues, Activision and Infinity Ward have not been able to provide players with a flawless gaming experience so far.

As per several reports from numerous platforms, COD: Modern Warfare players have been getting the ‘Disconnected due to transmission error, status: VIGOROUS’ message for quite some time now.

Reports regarding this issue date back to May 2021 and players are still reporting about it. This clearly indicates that the game publisher and developer have been unable to rectify this problem just like many others.

While it was thought to have been a platform specific issue, reports clearly outline that the ‘Disconnected due to transmission error, status: VIGOROUS’ message has been inconveniencing COD: Modern Warfare players across numerous platforms.

I can only get a handful of maps to successfully make a game match. I get a transmission error vigorous every time. I have not found any solution and it makes the game unplayable. Why is it I can’t contact support for help with a game that I paid for??
Source

There have been several workarounds to bypass this issue like checking network connection, reinstalling shaders, verifying the integrity of game files, and more.

However, only one of these workarounds appears to be helping some of the affected COD: Modern Warfare players. This workaround involves deleting/uninstalling some game files which are possibly the cause of the error message.

These game files include the Data Packs 1 and 2, Multiplayer Packs 2 and 3, and the High Resolution Textures Packs. Getting rid of these files might help affected players to resolve the issue.

However, since this is an unofficial workaround, it may or may not help to get rid of the ‘Disconnected due to transmission error, status: VIGOROUS’ message in COD: Modern Warfare.

Still, feel free to give this workaround a go as it appears to have fixed the aforementioned issue for several players. Console players can also go for this workaround by referring to the video given below.

Hopefully, the game developer and publisher take this issue into serious consideration and fix it once and for all in a future COD: Modern Warfare update.

That said, we will report back with more stories related to Call of Duty games as and when we get new information to share so stay tuned. 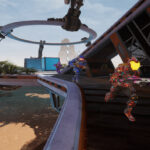 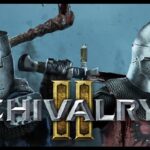 [Updated] Here's why Chivalry 2 party or invite system is not working; Missing Special Edition or pre-order items/currency glitch being investigated