The Xiaomi Mi 11X is one of the most compelling buys available on the market today. The device, which is also sold as the Poco F3 in all but India, takes the flagship killer tag to new heights by offering a Snapdragon 870 5G at a never before price.

But of course, such an offering at such a price is only possible by cutting some corners and in the case of the Mi 11X, it has been the cameras. The 48 MP primary shooter is average at best. However, apart from the camera screw up, there is no doubt that the phone ticks all the right boxes, whether it’s the display, performance, speakers, or even haptics.

That said, the device hasn’t been completely free from issues, as is the case with almost every recent Xiaomi or Poco device. There have been multiple reports of tinting issues and a malfunctioning proximity sensor from its owners.

These problems are now joined by another that has been triggered by the recently released MIUI 12.5.3 Enhanced update for both the Xiaomi Mi 11X and Poco F3 – random reboots.

Mi 11x Indian version with this update is facing random reboot and bootloop and ends up in fastboot mode. This has happened during receiving calls, during wifi calls, and during using GPS location.
Source

after updating my poco f3 to miui 12.5 enhanced my device when getting hot it keeps on rebooting
Source

This is quite amusing considering that MIUI 12.5 Enhanced Edition was almost touted by Xiaomi as something that would magically fix most of the problems currently plaguing MIUI 12.5.

Anyway, coming to the problem itself, its facers say [1, 2, 3, 4, 5, 6, 7, 8] that their phone keeps rebooting randomly when it’s not in use and the screen is locked. The frequency of this varies from person to person.

Some say that it occurs multiple times during the day while others like me have faced it just once or twice since the bugged update rolled out.

The random reboot is quite easy to spot as the device then doesn’t unlock directly using the fingerprint and asks the users to manually enter the pin, pattern, or password.

The cause for the problem is unknown but a Poco Community moderator suspects heating issues. This, however, doesn’t make sense in my case as my Mi 11X stays cool at all times.

The same moderator also says that the MIUI 12.5 Enhanced random reboots bug on the Poco F3/Mi 11X issue has been reported to the R&D staff and is under analysis.

Moreover, they recommended turning off auto-brightness, which again should probably make no difference considering that I keep auto-brightness off at all times, yet had to deal with a random restart. A more sensible thing to try would be turning off the new memory extension feature instead.

Whatever the case, we will continue tracking the matter and will be updating our dedicated MIUI 12.5 Enhanced Edition bug tracker accordingly, so stay tuned.

Poco, via the Vol. 16 bug report, has confirmed that the rollout of MIUI 12.5 Enhanced Edition has been halted for the Poco F3 due to the random reboot bug.

However, users can find some solace knowing that a repaired version is expected to go live on September 15.

Issue: Random Reboot.
Affected Device: POCO F3
Affected Version: V12.5.3.0.RKHMIXM.
Status: 12.5 Enhanced Version has been stopped due to reboot issue and the repaired version is expected to be released OTA on 15/9.

A Poco mod has now confirmed that the heating issues are indeed the main reason for the rebooting issue that came along with the MIUI 12.5 Enhanced Edition update for the Poco F3/Mi 11x.

Xiaomi has released a new update for the Mi 11X in India as version 12.5.4.0. The update only weighs 74 MB and brings some fixes and improvements to the device.

However, what is not mentioned in the changelog is whether or not it fixes the random reboot bug. That said, here’s a screenshot of the changelog:

Poco has also begun seeding the fixed MIUI 12.5 Enhanced Edition update for the global Poco F3 units. Poco users who were facing the random reboot issue should check for a new OTA update right away.

Poco has published the latest edition of its regular bugs and issues status and in it, has the following to say about this Poco F3 random reboot issue.

1. Issue: Random Reboot.
Affected Device: POCO F3
Affected Version: V12.5.3.0.RKHMIXM.
Status: The version that repaired the restart caused by the Thermal Patch has been released, and the problem is solved‌‌.
Source 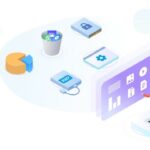 How to repair deleted files on Windows?