Google’s video-communication service, Google Meet, started back in 2017 and the app is available for Android and iOS.

While a lot of user also go for the Google Meet web client, a peculiar issue is preventing Android users from updating the app from Google Play Store.

As per several reports from the Google Support community, users running Android 10 tablets are unable to install the latest Google Meet update from the Play Store.

Google Meet version 45 does not include several features like breakout rooms, raise hand, and more.

So, as users tried to update the app on their Android 10 running tablets, they noticed that the Play Store is not updating it.

Nevertheless, this seems to be a known issue as per a Google Support community Product Expert which further indicates that Google is already working on a fix.

The Product Expert also stated that the issue is affecting Android tablets and without the latest update, users will not be able to use features like raise hand, breakout rooms, and more.

Also, no ETA has been provided by the Product Expert so it is unclear how long will users have to wait.

Google Meet is working on a fix for this. I believe you eventually should eventually be able to install the updated version of Meet as usual from the Play Store.
Source

Moreover, some users have even tried side-loading the latest Google Meet apk on their Android 10 tablets which appears to have resolved the problem for them.

However, installing apps from third-party sources is not recommended especially when an app is being used for organizational purposes.

Hopefully, Google soon provides a fix for the said issue as it is impacting the user experience as well as productivity. 02:25 pm (IST): Well, many moons later and still, users are reportedly still facing this issue. It remains unclear when this issue will be addressed, or what causes it to begin with. 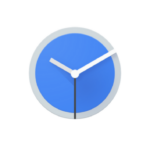 [Updated] Google Clock bug where alarm won't go off in DND mode reported by many, issue escalated (possible workaround inside)