[Update: March 16] Google Meet breakout rooms: Do you have the feature on your Samsung tablet?

Google has been making efforts to migrate from the G Suite branding it has had in the enterprise world in favor of Workspace, but the change has been gradual.

For instance, its only last month that Google finally renamed G Suite for Education to Workspace for Education, tagging along tens of new features that will be rolling out gradually to users. As part of the revamped Workspace for Education, Google announced improvements to the breakout rooms feature introduced in Google Meet back in October 2020.

Unlike before, the new feature lets Google Meet users create breakout rooms before video meetings using the Calendar app, thus eliminating the need to pause during a meeting to create them in the moment.

But for some reason, it appears as though plenty of Google Meet users are unable to access the breakout rooms feature despite being able to join the meeting.

The breakout feature and Q&A features are not showing up when I create a meet. I have uninstalled all extensions, made sure chrome was up to date, restarted my computer and I’m still unable to see those features. When my colleagues start a room they see the ‘shapes’ to access breakout rooms, I was able to see the shapes when I joined their meet.
Source

As evident from the reports above, the breakout rooms feature has been missing for some Google Meet users for quite some time now. In fact months for some, but others have just started missing it recently.

In fact, we did point out this issue alongside our coverage on other Meet issues related to the Q&A and Activities features. But there seems to be another twist to this story.

Going by recent reports, it seems a good number of those unable to access the breakout rooms feature in Meet happen to own Android tablets.

There are several other related reports in the forums, but it gets even more interesting.

We are experiencing same issue with Samsung Galaxy Tab S6 Lite. We have tried with multiple accounts on device, with one account on device and in secure folder mode. In all cases the Teacher is not able to move student into breakout room. Moving to a PC works. Suspect it is an issue with the tablet version of the app as other students with chrome books don’t have the same problem.
Source

Of course, there is no official statement to corroborate the claim regarding support for Google Meet breakout rooms feature on Samsung tablets. That said, how about you fill us in?

Can you access the breakout rooms feature in Meet when using a Samsung Galaxy tablet, be it the older Android 5-powered units or even the modern-day One UI 3.1-powered models.

Do let us know in your comments below.

Update: Apparently, there is an issue with updating the Google Meet app on Android tablets. Although not related, it is possible that it could be part of the reason some Android tablet users are unable to access breakout rooms feature in Meet.

There is currently an issue with the Meet app not updating on Android tablets. Without the latest version of the Meet app you won’t have access to all features.

I don’t know when this will be fixed. Some people have side-loaded the current version of the Meet app and gotten that to work, but I don’t recommend that unless you are confident in using that process.
Source

Anyone whos still unable to see the breakout rooms feature in Google Meet may give the Meet Plus extension. There are two versions, so be sure to pick the one that suits your needs. Details here. 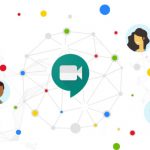 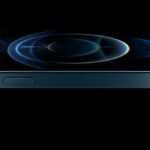