On the official Android 12 developer page, Google notes that it is with beta 4 that the OS would reach Platform Stability, meaning no further mega changes to the way apps operate from this point going forward.

Unless you’ve been living under a rock, you’d know that Android 12 beta 4 update arrived a week ago.

What this means for app developers is that they should be doing their final touches in terms of preparing their apps to work on Android 12 when it starts rolling out probably next month.

When the stable version arrives, the search giant has confirmed that Pixel users will no longer have to deal with the annoyingly-designed Search bar that came with beta 3 app drawer.

But before the stable version rolls out, Google is likely to push yet another beta update to Pixel devices taking part in the testing program.

As part of this update, it’s likely that Google may include a quick fix for yet another bug that has just popped up with the latest Android 12 beta 4 update where the Android System Intelligence keeps stopping or crashing.

We are seeing reports in the Google Issue Tracker about the Android System Intelligence stopping and so far it has been starred by over 35 people at the time of writing. As you can see from the image above, those affected say the error message above pops up when their Pixel phones are restarted.

So far, we’ve seen reports from just about every Pixel phone taking part in beta testing Android 12, which implies it could be a widespread bug.

However, it doesn’t seem to have a major impact on the overall functioning of the phones, which should come as a relief for affected device owners.

Even better is that Android 12 beta 4 testers facing the issue where Android System Intelligence keeps stopping may not have to deal with it for long now that Google has been made aware of it.

We have shared this with our product and engineering team and will update this issue with more information as it becomes available.

Unfortunately, you may have to wait for sometime before word on when the issue will be addressed comes out. The good thing is that not much time is left between now and the expected release of the stable Android 12 OS.

We will be keeping a close eye on the developments around the bug and let you know what Google has to say about it. So stay tuned to PiunikaWeb.

Meanwhile, you may also check out our dedicated Google Pixel Android 12 bug tracker that brings you up-to date coverage on the status of all major bugs discovered in the new OS.

01:33 pm (IST): Google has fixed the issue where System Intelligence was crashing for some users on Android 12 Beta 4. 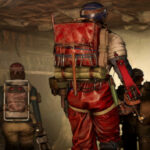