Android 12 is slowly but surely taking shape and if all goes according to plan, we should see Google push out the stable builds to its eligible Pixel devices sometime in September or October, presumably along with the release of the next generation of Pixel devices.

In the meantime, Google is hard at work, developing and testing Android 12 on its Pixel devices and a few hours ago, we saw the release of Android 12 Beta 3 (SPB3.210618.013), an improvement over Beta 2.1 that brings more Android 12 features and refinements.

While this build brings improvements and enhancements to the developing new version of Android, it appears that there are a few issues with this build.

A section of Pixel device owners who have installed the Android 12 Beta 3 build on their units report that the update brings with it a poorly designed search bar in the app drawer, an issue that wasn’t present in the previous Beta build.

How the heck did y’all mess up the search bar in the app drawer like that? Did you not even look before pushing an update?
Source

The general consensus among users is that this new squared-off search bar looks a lot less appealing than the one in previous builds and doesn’t seem to fall in line with the new material You design language that lays a lot of emphasis on rounded corners.

I hate the bug in the app drawer that the G bar a the top is an ugly disproportionate rectangular bar.
Source

Some also note that the messed up search bar is a little less noticeable in dark mode so that might be a way to help affected users notice it a little less.

At the time of writing, there isn’t a workaround to this issue. However, seeing as this issue is a little more pronounced for the search bar in the app drawer, it could be, at least in theory, addressed with an update to the Pixel launcher.

We shall continue to keep an eye on this Android 12 Beta 3 search bar issue and update as and when we get more info so stay tuned to PiunikaWeb to be the first to know when a fix is issued.

IST 12:09: pm: Like a nasty rash that just won’t go away, reports indicate that this bug continues to persist even in the latest Android 12 Beta 4 update, an update that boasts of bringing platform stability.

IST 10:02 am: New reports now indicate that the poorly designed search bar issue that has been afflicting Beta build users has now finally been fixed. This fix will be pushed in final S build.

IST 1:32 pm: Android 12 Beta 5 is rolling out to Pixel devices and true to the company’s word, this issue is addressed.

NOTE: We have these and many more Pixel stories in our dedicated Pixel Section. 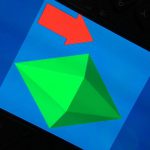 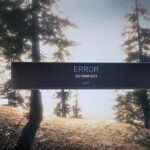