Twitter as a platform offers millions of users across the world a medium on which they can exchange ideas and tell the world what’s happening.

Institutions, celebrities, and even governments also rely on this platform to disseminate information so needless to say, Twitter has grown to become an integral part of our lives today.

Over the past few years, we have seen the platform trying to diversify in a bid to appeal to more internet users with new features like Twitter Spaces, Twitter for professionals, Fleets and so on.

While probably not related, we have also seen a slight increase in the number of bugs and issues afflicting users of this popular social media platform.

Only yesterday, we saw reports from Twitter users who faced an issue with their timelines being a little too jumpy, making them unable to properly use the fast-paced social media platform.

Well, now, it is coming to light that there is another issue afflicting said users, this time a bug that causes Twitter search to come up with limited results.

The search function of the Twitter browser version, the “latest” tweets are only displayed up to the past 40. If it is not a bug, it may be the worst level of deterioration ever
Source

The number of Twitter search results displayed is decreasing.
Source

Somehow, the search function of Twitter is strange, (It seems that only the past 40 to 50 cases are displayed) If it’s a bug, please fix it as soon as possible.
Source

Well, according to affected persons, the Twitter search function on the web only shows up to 40 results. This is pretty limited as Twitter is a vast platform and only 40 results doesn’t even begin to dig into the platform.

While many of these reports make reference to the bug being more prevalent on the web version of Twitter, some users also note that the same applies to the Android app.

These reports have seemingly reached Twitter and in response to one of the affected users, Twitter Support’s official handle has come out to note that they’re working to address this. Working on it! This is a bug on web and the team is implementing a fix.
Source

With this, it is probably only a matter of time before this Twitter search yielding limited results issue is addressed once and for all.

As for the fate of affected users on the mobile app, well, we can only hope that the fix to the web version also fixes this issue for them as well.

We shall continue to keep an eye on this and update as and when we get more info so stay tuned to PiunikaWeb to know about this. 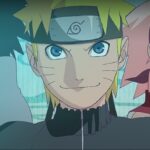 Hulu yet to address English dub issue on Naruto Shippuden series years down the line, still no fix in sight 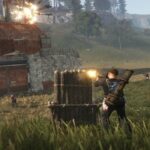