[Updated] Ring aware of Rich Notifications feature not working on some battery-powered devices, fix in the works

Amazon owned Ring LLC has a decent user base for products like the Ring Video Doorbell, Alarm, Home security, and more.

Ring users can manage their smart home devices via the Ring app, however, an issue has been preventing them from exploiting a pretty handy feature in the Ring app.

As per some reports, users of the Ring app are not receiving notifications with previews or snippets from their battery-powered Ring devices.

This feature is known as Rich Notifications and users reports clearly outline that it is not working even when all notifications settings are enabled for the Ring app.

While the issue appears to be affecting only battery-powered Ring devices, it is inconveniencing users as they are not able to surveil properly.

Yesterday with my old device (S21 Ultra) it was working fine, I now have a new device (Z Fold 2) and it doesn’t, I can see Motion notifications and that’s it. I have turned it all on etc, rebooted, reinstalled and even tried out Rapid Ring. Nothing makes a difference. Any help would be good.
Source

However, users of the Ring app may not have to face this problem for long as the same has been acknowledged by support.

It seems Ring is aware that the Rich Notifications service is not working for its battery-powered devices.

Also, the service is currently offline and the relevant team is working to resolve the issue as soon as possible. This further indicates that a fix might arrive in the near future.

Investigating – The rich notification service for battery powered Ring devices is temporarily offline. Our team is working to resolve the issue to restore the service as soon as possible.
Source

However, this is still based on our speculation as support has not mentioned how long it will take to fix the issue.

Moreover, there is no workaround for this problem as the Rich Notifications service is offline altogether.

All this is further adding to users’ dilemma as they are not able to manage their battery-powered Ring devices properly.

Hopefully, Ring resolves the problem soon so that users can get Rich Notifications via the Ring app without any hassle.

IST 04:00 pm: Recent reports indicate that there is a outage where multiple Ring services are down. However, a fix for this wider outage is being looked into.

IST 02:40 pm: Yesterday’s outage has been fixed, however, Ring is yet to fix the issue with the Rich Notification service not working is yet to be addressed according to the company’s status page.

IST 03:36 pm: It’s been a few days since the Rich Notifications service went offline and there are still no signs of it being fixed. Fortunately, Ring — via Twitter — has confirmed that they’re still investigating and will fix it as soon as possible.

Hi there. This is correct and our team is investigating and working to the issue as soon as possible. If there’s anything else I can help with in the meantime, please don’t hesitate to send us a DM. (Source)

IST 12:21 pm: One of the affected users has turned to Reddit to shed some light on the issue and according to him, the bug affects ring devices that are hardwired, as well as solar-powered devices.

So a video doorbell 3 plus is a battery device. You can hardwire them but it runs from the battery. So this will be affected.

Edit: Same goes for solar, it has a battery. (Source)

IST 11:43 pm: The team over at Ring now says that they don’t have an update to provide on the situation. This, therefore, means that it might take a bit longer to be fixed.

IST 04:23 pm: It’s now going to be close to a week since the Rich Notifications service was taken offline but the team over at Ring still says they do not have an exact time as to when this will be resolved.

Hi there. While we do not have an exact time as to when this will be resolved, our team is aware and working towards implementing a solution at this time. Please let us know if you have any questions, and we will be here to support you. (Source)

IST 06:10 pm: It seems Ring is unable to address a seemingly major issue with its products even days after it was acknowledged. The folks handling the Ring account on Twitter continue to claim that they’re working towards implementing a solution.

While we do not have an exact time as to when this will be resolved, our team is aware and working towards implementing a solution at this time. (Source)

The company has also not shared any further updates on its official status tracker for the problem since August 05.

IST 04:30 pm: It’s been over a week but Ring has failed to provide any updates on the situation, let alone an ETA for the fix. Further, the company has remained mum to user requests for refunds, as can be seen by this exchange in Twitter.

IST 01:42 pm: Ring has finally updated its status site to indicate that the feature is going to get restored over the next few hours.

Monitoring:
We’re actively working to restore the Rich Notification feature over the next few hours.
Source 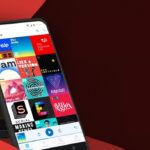