Ring LLC started way back in 2013 but the smart home and home security company is now owned by Amazon.

While a lot of people use Ring doorbells and security cameras, users are facing some issues with the Ring app lately. As per multiple reports, the Live View feature in the Ring app is not working for users and the app keeps on crashing.

Also, users keep getting a black screen when they try to use the Live View feature or play recorded video footage.

Users have even reported that they keep getting the Activating device and Failed to connect messages for hours.

I have two Galaxy S9 connected to this doorbell. I tracked when I had an issue with this app for a week. Out of the 49 alerts, I was only able to see 13. Always with the “we are having trouble connecting with your doorbell”.
Source

@ring my ring doorbell 2 has suddenly stopped working, less than a year old and not doing its job. Can’t connect to the live stream, not recording any events and if outside can’t even press the button to use as a bell. Help??!!
Source

A couple of recent reports also outline that users are facing the crashing issues on the macOS app variant.

Some user reports might indicate that the issues may related to hardware but the number of reports clearly suggest that the Ring app is to blame.

However, this is still based on our speculation as no official announcements have been made on the matter so far.

It is unclear what is causing these issues and there has been no response from Ring or Amazon on the matter.

While Ring is responding to users’ queries individually, the issues have not been acknowledged on a wider scale.

Moreover, users have tried troubleshooting their Ring cameras and app but the Live View feature is still not working for them.

For a security device this is entirely unacceptable. Doesn’t work regularly. Which is very concerning. Multiple times the camera has stopped working, when you check the app it tells you the camera is working fine and connected, even after you remove the battery and disconnect it. I certainly won’t renew the subscription service, it wouldn’t be “worth” it if it was free.Source

Hopefully, Ring looks into the said issues and soon releases a fix for the same as they are causing a lot of inconvenience to users. 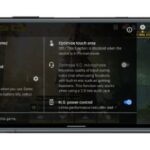 Roku acknowledges issue with NBC, Fox, & other channels appearing to be zoomed in during playback (workaround inside)