The Ascent Mutual Dependencies bug (unable to progress) acknowledged, fix in the works

The recently released cyberpunk-themed game, The Ascent, is gaining a lot of popularity lately. However, several issues have also been troubling The Ascent players.

Among them, the shirt/weapon skins disappearing and inventory or lost progress bugs. Now, players appear to be facing another problem with The Ascent.

As per several reports, there is a bug in the Mutual Dependencies mission in The Ascent which is preventing players from progressing.

The Ascent players have been reporting that there are no enemies (Full Chromes) in the Mutual Dependencies mission because of this bug.

It is unclear what the exact cause of the problem is but players are not able to get it to work even by loading into a previous save game.

Mutual Dependencies, full chromes not spawning? Anyone find a way to trip them into spawning? I have tried restarting the game and they still do not turn up. Not sure if there is anyway to get around this if they keep not showing up?
Source

However, players may not have to deal with the glitch for long as it has been officially acknowledged by The Ascent support.

It seems that support is aware of the bug where Full Chromes are not spawning in the Mutual Dependencies mission in The Ascent.

Also, a fix for this problem might be in the works with a future The Ascent update expected to resolve the same.

However, this is still based on speculation as The Ascent support has not provided much clarity on the matter or whether a fix is indeed in works.

Thus there is no info on how long it will take to fix the glitch or when an update for the same will arrive.

Hopefully, the game developer, Neon Giant, soon releases a proper fix for this problem so that players can play The Ascent without any hassle. 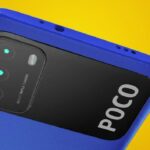