Splitgate has grown more popular than its tiny team of developers had ever anticipated. Its fast-paced, unique gameplay coupled with some really great visuals has managed to pull over 2 million players and counting on the open beta alone.

Such a large number of players have flocked within the span of just a couple of weeks following the release of the open beta on July 13 that it overwhelmed the game’s framework and server infrastructure.

Perhaps this is what has led to the slew of complaints regarding various bugs and issues that prevent players from entering the game at all.

@Splitgate this game is literally unplayable. Not because of the gameplay, I can’t even choose a game mode to play… but I sure can buy the battle pass!
Source

@Splitgate @SplitgatePVP why can’t I play splitgate,it says that the modes such as casual,ranked,and ranked 4v4 are “coming soon” is this a bug?Can someone reply and tell me cause I have no idea
Source

As per players, the game keeps saying that Casual, or any other mode really, is “Coming soon” even after the completion of the tutorial.

The queue times are frustratingly lengthy too with matchmaking sometimes exceeding 30 minutes. Some have even reported that they were forced to wait for all that time only for the game to throw the “Coming soon” message afterward.

The issues are all obviously at the server end so no amount of workarounds at the user end will be doing any good. Nonetheless, in case you missed it, Splitgate had taken to Twitter a couple of days back to inform that the servers had been closed till Tuesday.

The game devs had also previously shared that the servers can only handle a maximum of around 65,000 players, so it’s quite hard to support a 2 million players strong base.

However, Splitgate still took to Twitter today again to inform that they had increased the max server capacity and somehow also managed to drop the queue to near 0.

But going by the slew of complaints, it seems that the server woes are far from over.

Thus, for now, there is not much to do other patiently waiting on Splitgate’s next move. Or you could also simply drop your plans for trying out the beta and wait for the stable release that should go live in August.

That said, we will continue tracking the matter for further developments and will be updating this article accordingly, so stay tuned to PiunikaWeb in the meantime.

The above is not all that Splitgate players have been putting up with lately though. There have also been several complaints about players losing their streaks that would have granted them Splitcoins due to all of the downtime.

Unfortunately, the devs at Splitgate are yet to acknowledge the issues.

Note: For more stories on Splitgate, head to our dedicated section for the same.

Splitgate has announced on Twitter that the game servers will be unavailable till Friday (Pacific Time). The company said the decision was made to allow developers to take time to solve the matchmaking and stability issues related to the game.

Amidst scores of fresh complaints about server issues saying that the matchmaking queues are way too lengthy, Splitgate on Twitter now says that they’re working on expanding server capacity.

Wait times are currently at least 90 minutes. We know this is not ideal.

Here is Olly explaining why we can’t just buy more servers. These things take time! We are making good progress but unfortunately wait times are going be long while we are in BETA. https://t.co/uJq1YBEONS 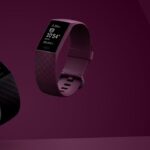