If you haven’t heard of Splitgate, don’t worry, you are not alone. The game was initially released in May of 2019 and has been in beta ever since.

Splitgate is a free-to-play multiplayer shooter that combines the creativity of Portal with the fast-paced first-person shooting mechanics of the Halo.

The game is cross-platform compatible, meaning you can play it with your friends who have Xbox, PlayStation, or the upcoming Valve Steam Deck. It is published by 1047 games.

After the developers announced that it would be coming to all major consoles, the game became so popular that it caused the servers to go down.

The traffic generated was so much that Amazon’s system thought the server was being DDoS’d. Having said that, Splitgate and Amazon quickly worked on the issue and brought the game back to life.

However, the number of users who can play the game is still limited. Since then, Splitgate has said they are working on a solution to increase the capacity.

For the time being, we will need to limit the number of users we let in, but capacity should be increased soon!
(Source)

Xbox players also reported that they were unable to sign in to the game. However, 1047 Games quickly fixed the issue.

In a separate incident, Splitgate players say they are having some issues with the in-game voice chat.

Users say they are having issues hearing each other or hear crackled voices when using cross-play voice chat.

Hi I’m on ps4 playing with my pc friend and we can only hear each other in the menus, but not during gameplay
(Source)

Voice chat is not working with my ps4 and xbox friends..hope this gets fixed soon
(Source)

Splitgate developers say they are aware of the cross-platform voice chat issue and working on a fix. However, they did not give any ETA on when the issue will be fixed.

Cross-play voice chat is having issues, we’re aware of them and hope to have them fixed soon
(Source)

We hope the developers at 1047 Games fix the Splitgate voice chat issue soon.

Are you going to play Splitgate? Let us know in the comments below! 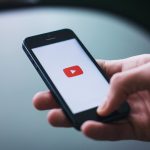