Samsung did a pretty good job when it came to rolling out stable Android 11 to its eligible devices. We have been maintaining a dedicated Android 11 update tracker for Samsung devices and you might want to check it out for more.

For the most part, this rollout has been smooth, albeit with the occasional bugs and issues that come with any such rollouts. Again, you can check out our dedicated Samsung Android 11 bug tracker for more on this. Now, it is coming to light that a section of Samsung Galaxy S10 5G users are facing an issue with their devices. This, following a recent update to their units.

According to affected users, an update with software version number G977NKSU5FUF5 which rolled out to users in Korea beginning July 18, brought with it a lot more than the July patch.

According to Galaxy S10 5G owners, following the said July patch, their units’ facial recognition became broken and as such, they remain unable to access their devices using this mode of authentication.

Basic troubleshooting measures such as clearing cache and data doesn’t seem to offer any relief.

I even tried clearing the cache and clearing the data, but it doesn’t have much effect. If I dare say it, it’s a software error. First of all, I have sent the error twice.
Source

This issue has since been brought to the attention of Samsung and in response to one of the affected users, a moderator goes on to officially acknowledge this bug, noting that they’re doing their best to resolve it. Hello. We apologize for the inconvenience. Galaxy S10 5G terminal (UF5 version) facial recognition error case has been analyzed for the cause. We are committed to relieving discomfort as soon as possible. Thank you to those who actively report errors, I’m sorry to say that I’m sorry again for the inconvenience.
I appreciate it.
Source

We shall continue to keep an eye on this and update as and when we get more info so stay tuned to PiunikaWeb to be the first to know when this is addressed. In the meantime, you might want to check out our dedicated Samsung Android 11 bug tracker. 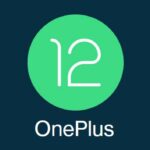 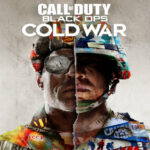