Samsung is a prominent name when it comes to Android smartphones. Its Galaxy series devices are used by hundreds of millions of users across the globe.

However, a significant chunk from the user base keep reporting about an issue that has been around for quite some time.

There are numerous reports regarding a heating or overheating issue with Samsung Galaxy devices which haunts users even today.

While there can be numerous reasons behind this problem, it appears to be a pretty common phenomenon on the Exynos-powered Galaxy devices.

To recall, there were several reports about this heating or overheating problem on Samsung Galaxy S10 way back in 2019.

Also, Samsung Galaxy S20 FE users started facing the same issue back in May 2021. While Samsung claimed that the issue on the Galaxy S10 was fixed with an OTA update, a similar solution is still awaited for the Galaxy S20 FE.

This indicates that the issue can be fixed via software updates. However, OTA updates can only fix such problems to an extent as there are numerous parameters that affect the performance of battery-powered electronic devices.

Thus Samsung’s Galaxy devices are no exception and such heating problems require a proper addressing on both, hardware as well as software levels.

Android OEMs keep on experimenting with different cooling mechanisms like increasing the size of vapor chambers. However, there are no such reports about Samsung as an Android OEM making such efforts.

Its main focus stays on security and other parameters in which the OEM excels. Samsung has outlined that intensive camera use, extended usage of apps that consume more power, and more such situations might be the reasons behind heating or overheating problems.

Moreover, the OEM has even provided several workarounds for this problem like keeping the Galaxy devices updated, removing the back case (if any), keeping the phone away from direct sunlight, reducing screen brightness, removing unnecessary files and apps, and more.

While there can be numerous ways to prevent Galaxy devices from heating up or overheating, a proper and permanent solution to such problems is still required.

On a bigger scale, if most Galaxy devices on which these problems occur are indeed powered by Exynos chips, the OEM should consider switching to Qualcomm’s platforms in the future.

However, such decisions are pretty hard to make especially when there are too many reasons behind a problem like this. All in all, it is Samsung‘s job to identify the root cause of such problems and provide a better solution just like it does on virtually every other front. 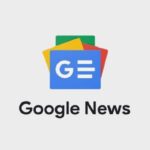