Apple Music is yet another subscription-based music streaming service from Apple which allows you to play back millions of songs in its ever-growing library.

With the recent update on Apple Music, it gained the support for Dolby Atmos and also unlocks lossless audio for an immersive audio experience. This very feature sets it apart from its rivals making Apple Music more worthy than ever.

Apple Music gets a thing or two with almost every new OS version, be it UI changes or additional features at least on iOS devices. The Android app has also evolved to a great extent over the past years or so.

Unfortunately, this time around Apple instead of adding allegedly removed a major function with iOS 14.5 i.e. the ability to share playlists on Apple Music, and people are definitely pissed about it.

I can’t share a playlist in Apple Music after 14.5.1 upgrade.
Source

I normally share playlists with my wife but cannot do so any longer. no option under the “three dot” button. What should I do? what Can I do?
Source

It’s still uncertain whether Apple has genuinely removed “Share Playlist” option in Apple Music or it’s just a random bug popping up for many users after updating to iOS 14.5 and its iterations.

It’s worth mentioning that Apple Music has always been plagued with issues be it on iOS or macOS which hamper user experience.

If you’re also among the many who can’t share Apple Music playlists, well fret not as a possible workaround may seemingly get back the option to share your playlists.

The workaround has to do with making your Apple Music profile visible in search in order to re-gain the “Share Playlist” option under the three-dot menus at the top right corner.

An Apple Music user was kind enough to share a solution on the Apple community forums for the frustrating issue.

As mentioned, you first need to create an Apple Music profile before going through the stated steps.

This makes your profile visible to the searchers but it’s still in your control to make it visible only to the people you allow.

Even better is Apple seems to have addressed the issue in the incoming iOS 14.7 update. Since it may be a while before everyone switches to the new iOS version, the workaround above should come in handy until then.

The iOS 14.7 now adds back the missing share playlist menu option to Apple Music. This has been mentioned in the official iOS 14.7 update release notes. 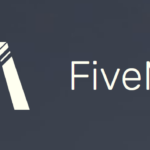