The inclusion of Lossless Audio and Spatial Audio with Dolby takes the music experience on Apple Music to an all-new level.

Not only does it improve the music experience but also puts Apple Music close to Spotify, and in fact, better than Spotify, at least for the Apple users. There’s only one loophole but being a pretty big one is easily evident. These features frequently disappear and are at times even break completely for users.

We recently reported how Apple Music was unable to play Spatial Audio and Dolby Atmos music. And now, we have issues with the lossless audio.

Several Apple Music subscribers are claiming that Lossless Audio keeps freezing for them, followed by a static/crackling sound.

From what’s being reported, this issue seems to be only affecting when on cellular data and for the downloaded lossless songs, works just fine on WiFi.

When cellular data is turned off, the song immediately freezes exactly at the 15 seconds mark and then skips to the next track.

Some users who had to do the effort of resetting, uninstalling the app, force-stopping the app and restarting, found no luck either.

This issue of lossless audio tracks freezing on Apple Music just keeps popping back, which suggests this could be a bigger issue at the backend.

A user did come up with a temporary workaround that seems to have worked for him. Here’s what he did and is worth a try.

There are a lot of things that need to be fixed with these newly offered features. Stumbling upon new bugs every morning only suggests that Apple presented these features half-baked to the subscribers.

The list is expanding and Apple needs to quickly address this before people start opting out of the Apple Music subscription.

That said, we will continue to track this and many more issues like these and update you as soon as we have something significant.

Apple recently dropped the iOS 14.7 update and the release notes suggest that they’ve addressed the audio issues with Lossless and Dolby Atmos tracks in Apple Music.

A few users pointed this out as well on the Apple community forums.

Wait until iOS 14.7. Notes indicate it fixes the unexpected stop in music in Atmos and Lossless. It is about time. (Source)

The latest iOS 14.7 stable update is now rolling out and indeed confirms the issue has finally been fixed: 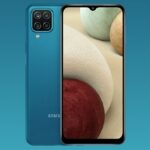