In April 2021, LG made an announcement of what was probably one of the most unexpected moves from the company but one that’s becoming all too common in recent times. LG was no longer going to be a player in the smartphone industry.

With that, it was official that the world wasn’t going to see another LG Velvet, LG ThinQ, or any other new device for that matter. Luckily, the company’s existing devices were still going to get supported as initially planned.

The company has managed to roll out Android 11-based LG UX 10 to many of its eligible devices and you can learn more about that in our dedicated LG Android 11 tracker.

Back in March, we saw the company come out to announce its Android 11 update schedule that outlined the roadmap for devices such as the LG Velvet 5G/4G, LG G8X/S, LG WING, LG K52, and the LG K42.

The roadmap stated that the LG G8X ThinQ would get updated to Android 11 sometime in Q2 of 2021. The said quarter came and passed without any word from the company in this regard, much to the frustration of device-owners.

When will you roll out android 11 update for LG G8X ThinQ. We are eagerly waiting for it.
Source

While the update didn’t come in the promised quarter, there’s finally light at the end of the seemingly endless tunnel as new developments now suggest the update is around the corner.

LG has finally made public the Android 11 source code for the LG G8X ThinQ. With this, it is probably only a matter of time before the stable update is finally pushed out to the device.

Seeing as the LG G8X ThinQ came with Android 9 out of the box and has since been updated to Android 10, chances are that this is the final official update the device will get from LG.

The release of this source code could mean continued support for this fairly capable device even beyond its official support period, all thanks to the developer community.

We shall continue to keep an eye on this development and update as and when we get more info or an official stable rollout so stay tuned to our LG Android 11 tracker.

Many thanks to our reader, one Pawan Godara for this tip. Keep it up!

NOTE: We have these and many more LG Stories in our dedicated LG section. 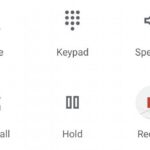