The Realme XT is a mid-range device that came out in 2019 with Android 9 out of the box.

Since then, the device has been updated to Android 10 with Realme UI on top. The USP of the phone is the rear quad camera set up with a 64 MP primary sensor.

A couple of weeks ago, we reported that the Realme XT would get the Realme UI 2.0 update based on Android 11 via the Early Access program.

Fortunately, Realme stuck to its plans and did send out the update to those who applied for it. Now, it looks the company will allegedly add a couple of new features along with the stable update. A Twitter user has shared images of what looks like a chat with the Realme customer support team.

In the conversation, he asked the support team why they could not provide features such as Super Night Scape, Screen Color mode, 64 MP Pro Mode, Tripod Mode, Dual View, Text scanner, amongst others.

The customer care representative said they had noted all the feedback and will likely incorporate all the said features in the coming update.

Click/tap to enlarge images above

We want to remind you that this is the customer support team and not the actual development team.

The Realme customer team is known for making baseless claims without anything to back it up, so we suggest users take it with a grain of salt.

It would be really nice if Realme decides the port over the 64 MP Pro Mode since the Realme XT also packs a 64 MP rear camera.

Do you think the above-mentioned features will make it to the Realme UI 2.0 update on the Realme XT? Let us know in the comments below!

Thanks for the tip, Ravi kumar! 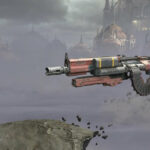