IST 10:24 am: New reports now suggest that the ColorOS 11 update for the Oppo Find X2 Pro broke support for Android Auto. More on that here.

IST 11:24 am: Now it is coming to light that the Oppo team has finally addressed the Android Auto issue.

Thanks for the update. The Oppo team has addressed this issue through software upgrade. Please update the device to Android 10 OS, all OTAs for the fix. Thanks!
Source 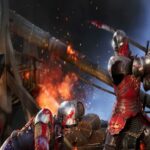