Let’s just admit that COD Warzone hasn’t been a good boy lately. The game has been plagued by several widespread issues in the last couple of months alone including broken MG 82, Verdansk playlists issue, settings reset bug, and more.

And as if all of the pre-existing issues haven’t already been a huge cause of annoyance, there is now another that virtually breaks the gameplay and is turning out to be quite the cause for rage quits among streamers.

Anyone else get this bug preventing you from aiming down after slide cancelling near a decline? Happens pretty consistently on stair and hills for me. from CODWarzone

Does this happen to anyone else on KBM? When I slide and try to aim down the stairs, it literally wont let me…@Activision @RavenSoftware
Source

Yesterday I went to pick up a downed teammate and he ends up dying as I’m picking him up and when I got up I had no weapon! I couldn’t even see my hands either!
Source

As clear from the above video and complaints, COD Warzone players are having a hard time aiming at enemies after sliding downwards on stairs or a slope.

This is because, following a slide, the view keeps getting forced upwards and doesn’t allow looking back down. Not only does this make aiming extremely difficult but it also makes controlling recoil pretty darn hard.

Of course, this doesn’t always happen, and may not affect all players, but those who do have to deal with it say that it occurs frequently enough to make the game unplayable.

Further, a few players have reported that the issue has been occurring for almost a year. While we were unable to confirm that, what we do know is that the COD Warzone stairs slide and aim down issue will get fixed real soon.

This is because the bug has now been acknowledged by Raven Software on Twitter who also said that a fix has already been found and will be merged into the next update.

So yeah, for now, there isn’t really much to do other than waiting for the life-saver update to finally make it to our machines. Do try to avoid sliding the next time you encounter an enemy though. 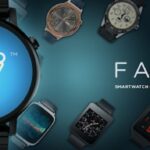 Fitbit Sense excessive battery drain on iOS still an issue? Here's how to fix it