Being surrounded by multiple bugs and issues lately, Call of Duty Warzone players are already displeased by Raven Software.

Instead of working to fix ongoing issues, a new bug pops up every week. Raven is yet to address the “Dev error 5573” bug.

All these bugs and glitches have a prominent contribution in spoiling Warzone for many players, which once used to be the favorite pick.

Well, the worst is yet to come. Players woke up this morning to an update that messed terribly with the game settings.

The update was so bugged that it brought more bugs than it intended to resolve. After updating to the latest version, the game setting went to default.

Warzone update reset all my settings😭 After so many hours of play I adjusted a lot, but now I don’t know what they were🙈🙈😭😭

Speaking of reset on ps5… anybody else have all their settings reset on warzone?

Players aren’t happy about this and have taken it to social media channels to express the frustration.

As weird as it may sound, this is quite a silly bug and there’s absolutely nothing that can be done. If updated, you’ll have to do the work to configure the settings again.

A lot of players have been killing by unfair means and it is becoming a pain for other players.

According to reports, some folks were spotted stream-sniping others while playing in a tournament.

Folks had their revenge as they jumped into the comments section with the Twitter handle of the player who did that. The account was later deactivated.

But more importantly, Raven software has taken note of it and we hope to see more improvements coming in the upcoming updates.

This is absolutely not the experience we want for any of our players! We’ve received a lot of great feedback on how to improve our implementation of Streamer Mode. We want to reassure you, and the community, that this is on our radar.🙂 (Source)

Well, it cannot be denied that Raven software is indeed working hard to clip out the bugs and issues.

Players expect these bug frequencies to narrow down further so as to get a better playing environment.

That said, we will continue to track these issues and update as soon as we have something significant in this regard.

The developers are now investigating the ‘settings reset to default’ issue on PS4 and PS5 devices. Here’s what they say:

PS4/PS5 Settings: When starting the game after receiving the Season 3 Reloaded update, players may have their visual, audio, and controller settings reset to default. 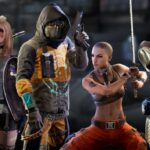 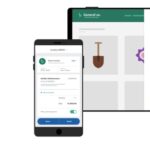 PayPal account balance not showing or funds missing? It's a known issue, fix in works