Apple’s iPhone lineup is known for its performance and battery life. However, there have been many reports about battery health degradation on some iPhone series devices.

Among them, 2017’s iPhone X and 2019’s iPhone 11 series devices where users started noticing the reduced maximum battery capacity on their device.

While iPhone X users started reporting about this problem after two years, iPhone 11 series owners started facing the same just half a year after.

Now, it seems that the same issue is troubling users of the iPhone 12 series devices who are noticing faster battery health degradation.

This is similar to around when iPhone 11 series users started noticing this phenomenon in the Battery Health section of their device.

I bought my iPhone 12 Pro about 5 months ago, and I have already lost 2 percent battery health. So my question is that; Is this normal for a battery to lose 2% of health in just 5 months?
Source

However, there have been no comments on the matter from Apple yet so it is unclear whether this issue is related to hardware or not.

It is a known fact that battery health degrades after full charge cycles, while there are a lot of other parameters that also affect the same.

So, it is possible that this degradation of battery health on the iPhone 12 series devices might indeed be normal.

It could also just be a calibration issue and a software update might be able to fix it just like it did for the iPhone 11 series.

In this case, iPhone 12 series owners may have to wait for a while as the update i.e., iOS 14.5, which supposedly fixed the issue for the iPhone 11 series took a year to arrive.

However, all this is still based on speculation until Apple provides more clarity on the matter.

Hopefully, the tech giant clears the air around the said issue with the iPhone 12 series soon as it is inconveniencing many. 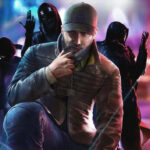 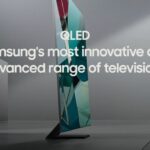