Many people use the HBO Max app on devices including the Roku streaming players and Samsung smart TVs. However, these HBO Max subscribers have been going through some tough times lately. Now, it seems users of the Samsung smart TVs are facing another issue with the HBO Max app which is related to playback.

As per multiple reports, Samsung TV users are unable to use the HBO Max app because it either keeps freezing or crashing.

Also, some users said that they have to hard reset their Samsung TV all the time in order to use the app.

There are reports of users getting the ‘Oops something went wrong’ message where they have to restart the HBO Max app several times.

All in all, HBO Max subscribers are unable to use the app on the Samsung smart TVs because of the said issue.

However, it is possible that the issue might get resolved soon as it has been acknowledged officially.

HBO Max Help says that they are aware of the playback issue with Samsung smart TVs and are collecting user reports.

While it is good to see that the service provider is investigating the issue, it is unclear how long it will take to fix it.

This is because the official acknowledgement from HBO Max Help does not include any ETA for a fix.

In the meantime, you can keep an eye on our dedicated HBO Max bug tracker to get the latest updates on the topic. 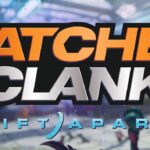 Ratchet & Clank: Rift Apart glitch where players can't open the door in Savali being looked into, but there's an easy workaround 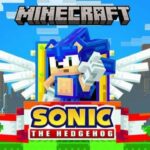 Minecraft Sonic DLC freezing, dropping frames, or buggy on Nintendo Switch? Mojang confirms a fix is in the works