Apple is working on the iOS 14.6 update and iOS 14.5 came out pretty recently with a lot enhancements.

There are a bunch of features like unlock iPhone with Apple Watch and a lot of bug fixes.

While features like unlock iPhone with face mask and Apple Watch come in quite handy, a lot of platforms still rely on good old passwords.

This is why users keep track of all their passwords using different means including apps. However, one such password management app is giving users a hard time.

As per multiple reports on the Apple Community, users are unable to use the iPassword app after the iOS 14.5 update.

I’ve used the iPassword app since 2014 but it no longer works with the latest iPhone update (iOS 14.5).
Source

My iPassword App won’t open with 14.5 installed. I can’t even find that App on the App Store any more. Would anyone know how to fix this?
Source

It seems that a lot of users are affected because of this problem as they cannot access their passwords anymore.

Basically, the iPassword app is not working on iOS 14.5 and is simply giving the “The developer of this app needs to update it to work with this version of iOS.” message.

This clearly indicates that the app developer has not updated the iPassword app to support iOS 14.5 which is why it is not working with the latest iOS version.

The App Store page of iPassword – Password Manager clearly shows that the app has not been updated since April 2020.

This might mean that the app developer has stopped providing software support to the app but this is still based on our speculation.

On the other hand, users simply cannot figure out a way to retrieve their passwords from iPassword because of the said issue.

Hopefully, the developer of iPassword looks into the matter and releases an update which is compatible with iOS 14.5.

IST 07:34 pm: It seems that the data stored in iPassword can be recovered using the iMazing app. However, an iPhone/iPad that is not updated beyond iOS 14.5 is required. More details here.

IST 03:34 pm: And users continue to complain even after installing iOS 14.6. Here are some reports:

I am using IPassword for storing important information and today I have updated IPhone software to IOS 14.6 and after updating I found IPassword app can’t be opened as it says “Developer need to update to work with this IOS”
Kindly update it and fix the problem.
source

Hello any news in the update? We really need this to be solved urgently please! Years of passwords locked in the app. I updated my iphone to iOS 14.6. I beg you please work on the update for iOS 14.6. We know you can do this…the force be with you!!
source

A user at the Apple community has shared the link to the developer page wherein users can drop feedback for the app developer.

IST 03:54 pm: Incoming is yet another detailed user-shared workaround that may help:

1.) A backup of your device that had the password app prior to the IOS 14.5 upgrade which can be either iTunes or iCloud based

iPad or iPhone is to backup to iCloud so you may not even realize that you are backed up. You should be able

To click on Settings, Your name, iCloud, iCloud Backup and from there see your iCloud backups.

In step 2 above I say 14.4.2 but you may have jumped from an earlier version say iOS 13 but what you are looking

For is the backup previous to IOS 14.5. Here is what you may not realize that you can restore an iPhone backup to

an iPad or vice versa.

I will detail my steps and my situation and from there you can apply it to your situation. I have an iPhone running on

2.) I then erase her iPad and select restore this iPad from iCloud during setup.

4.) I am told not all settings will be restored as they are different devices…I agree

5.) Upon restore iPassword and all passwords are there

6.) In iPassword running on the iPad I select settings and select backup via Dropbox

8.) I then select backup to Dropbox

9.) From a web browser on a laptop/computer (Chrome Safari etc) I login to my Dropbox account I created and download the iPassword backup file

10.) From my iPhone that is running IOS 14.5 I go to the App Store and download the free app called “Password Manager” Lock Apps Safe Vault …

very important you download that app as there are many that are similarly named!!!

11.) On my Dropbox account via laptop/desktop I delete the Directory that was created by iPassword in Step 8 above

12.) From my iPhone running IOS 14.5 I launch “Password Manager” (interface is the same as iPassword…same app different name) I click on

Settings and select Backup via Dropbox

13.) I again login to my Dropbox via a laptop/Desktop and delete the iPassword backup file….NOT THE DIRECTORY

14.) I upload the iPassword backup file I downloaded in Step 9 above to the New Directory

15.) On my iPhone I click on restore from Dropbox…and here is the trick….you need to do it twice!! So after the first restore ….

close the app and do it a second time

TADA you have your passwords in the exact same way they were presented in iPassword just in an app with a different name.

IST 05:15 pm: One of the users has shared the exact steps to recover the ipasswords account with the help of iMazing app on a computer. So can give this a try as this workaround appears to resolve the issue.

Below is what you need:

1)A different iPhone or iPad (yes, iPad works) with iOS earlier than 14.5

Here are the steps:

1)Do a backup of your iPhone with iTune. This may not be needed but it is always safer to do

2)Run iMazing, select Manage Apps on the rideside bar (make sure your iPhone is connected to the computer)

3)Select the device tab and find the iPassword app

4)In the dropdown list next to Uninstall (it is at the bottom right corner of the screen), select Backup App Data

5)Select the location to save the backup file, and select Back up and Extra App Data as Extraction Option

6)Select Next to Extract the data

7)On the other iOS device (iphone or ipad) with older iOS version, open App Store, log into your Apple Account, select the account icon on the top right corner, under Purchased, find the iPassword app you have purchased before and install it. You need to do this as the iPassword app is no longer shown in App Store if you search for it. Of course you can skip this step if you still have iPassword on the other iOS device.

8)Collect the other iOS device to computer, open iMazing and select that device.

9)Select Manage Apps, the fine the iPassword app in the device tab.

10)In the dropdown list next to Uninstall, select Restore App Data

11)Select the backup file you stored in step 6

After restoring the backup, the iOS device will restart and you need to do some initial setup like regular restore from iTune but after that, you will find the iPassword app is working with the data saved from the other device. It takes some time but worked for me – what a relief!

Here’s how another individual managed to get back their stored passwords via the iMazing app after entering the Apple encryption password:

I was eventually able to get this to work. I remembered my Apple password to get past that hurdle. On my wife’s iPhone, which does not have the latest operating system, when I transferred from imazing it said the Restore was successful but then it had a warning that something went wrong. The app was there but it wouldn’t load. I then tried on an old iPad. That lost the ability to update the operating system a couple of years ago. The restore was successful and I have been able to read and write down all my passwords, thank goodness. (Source)

Unable to order Xbox Design Lab controllers or order gets cancelled? Team is aware & working on a fix 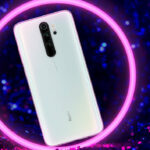