Apple’s annual Worldwide Developers Conference concluded just a few days back. In it, Apple announced the next versions of operating systems and its other software that run on its various devices.

Apple announced macOS Monterey, the 12th version of its macOS, and revealed a number of new features and functionalities that it will come with later this year. For now, Apple has launched a Developers Beta of the new macOS Monterey for the developers to start working on their applications for the new macOS. Apple also promised to launch a public beta in July.

Although Apple revealed a number of new features that will come with the new macOS Monterey, we are learning through developers about many other features and functionalities that are available in the Developers Beta.

One such feature is that the macOS Monterey will show users the battery percentage of their third-party Bluetooth audio devices connected with their Macs.

Previous versions of macOS were only able to show the battery percentage of Apple’s and some Beats Bluetooth headsets, so this should be great news for Monterey users.

This was a feature that users were demanding for a long time (1, 2, 3) as they had to previously rely on third-party apps such as Akku for this functionality and those don’t work properly for all Bluetooth audio devices. We will keep looking into the new macOS Monterey and keep you updated with all the new features and functionalities that the new macOS will be coming with later this year. 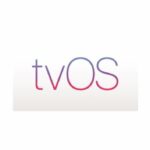