Being one of the most sought out multiplayer video games, Warzone also draws a lot of attention in terms of bugs and issues.

The game has had its own history of bug encounters and took a serious amount of time to get addressed. Users had to struggle to get their own heads into play and look for workarounds.

Raven aired a new update that brings the 80s Action Heroes to Call of Duty along with some bug fixes. But ironically, the update brought a couple of bugs along when it is supposed to address and fix them. Users have begun to report about it on social media.

For the past 2 patches half of my/everyone I play with’s live pings have not been working/disappearing instantly. It becomes insanely more difficult to play fights with live pings not working half the time.

As reported, it is the live pings that are bugging players. Random disappearance and getting stopped every now and then has now become a hassle when playing the game.

This has made communication and pinning down locations with the team a matter of frustration for some users.

The issue extends to all gaming platforms but seems more noticeable when playing on gaming consoles. Live pings aren’t completely broken but has gone more of haywire after the 80s Action Heroes update and doesn’t behave as one would expect.

Earlier, it was easy to ping enemy locations from far-off distances but now either it disappears or takes more precession to do so, which clearly is a fault at the game’s end.

Raven doesn’t have anything to say and is yet to stumble upon reports in this regard. This feature could definitely need Raven’s attention.

Not many games offer live pings and since Warzone offers it, players expect it to work as well. Otherwise, it is just good for nothing.

We hope Raven takes note of it and releases a fix and improves the functionality even further.

That said, we will continue to have a close look here and update you as soon as we spot any further developments.

Just in case you wish to know more about it, here’s a video. 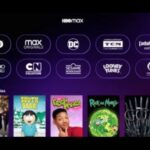