MIUI may be big on features but falls severely short when pitched against other heavily customized software skins in the industry in terms of bugs and performance.

Reports of RAM underutilization and aggressive background task killing have been commonplace since the early days of MIUI 9.

While such issues have been solved mostly due to the huge jump in RAM capacities over the past couple of years, some other problems have crept in. Take the MIUI 12 update for example. The MIUI version was revolutionary when it was first launched last year, and continues to be, because of its radically unique interface, slick animations, and a boatload of useful features.

However, the software skin is plagued with a slew of bugs and issues and is infamous for its horribly laggy performance, particularly on budget devices.

Xiaomi claims to address many of such problems with MIUI 12.5. But once again, the update is turning out to be a major disappointment, at least for the global users.

Such is the frustration with the long underlying issues in the entirety of the Xiaomi community, that they had to resort to an open letter to Xiaomi executives to make their voices heard.

The letter opens up with a hint of nostalgia, reminding Xiaomi of its roots and the fact that its beautiful and highly customizable software combined with the inexpensive yet quality smartphone offerings were the main catalyst for its success 10 years back.

However, as per the letter, Xiaomi has recently gone off course from their previous objectives which is evident due to “poor Global ROM optimization”, bugs, and the ditching of stock apps in favor of their Google counterparts.

The letter then went on demanding the following:

1. Better support for Global ROMs
2. Equality between Global and Chinese MIUI ROMs in terms of features
3. Reduction in the number of smartphone releases so Xiaomi can focus better on few
4. Improvements to the “Xiaomi ecosystem” with the return of stock MIUI apps and the addition of services like My Drive, XiaoAI, My Wallet, NFC to global variants.

It then concludes with a petition that has garnered over 7000 signatures at the time of this article’s writing. Of course, you are free to do your bit and sign it as well. If interested, head over to this link.

Response from Xiaomi for the petition about MIUI

Just a few days following the publishing of the letter, Xiaomi has now pushed out an official response through the Mi Community:

In summary, Xiaomi has acknowledged almost all of the issues mentioned in the letter and have “made sure that these messages are clearly delivered to relevant teams”.

Along with that, they have reiterated that MIUI 12.5’s main focus is on optimization and that device-specific enhancements take time to roll out.

As for the differences between global and China ROMs, Xiaomi says that it is a “product strategy by design” and has been implemented in a way so as to cater to the complexity and diversity of global markets. 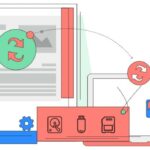 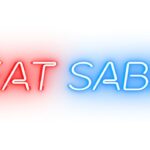