Poco’s very first smartphone – the Poco F1 – immediately catapulted the sub-brand to success. This encouraged the company to go fully independent from Xiaomi soon after.

While most of its offerings are still based on devices originally manufactured from Xiaomi, Poco has been trying its best to shed its dependency.

Recently, Poco revealed that they have plans for the development of an Android skin dedicated to Poco devices. It will be called Poco UI.

All this sure does sounds pretty promising for Poco’s future but the company has seemingly forgotten some pretty bothersome software issues plaguing its devices in the present.

As you already know, Poco ships its devices with its own Poco Launcher instead of the default MIUI Launcher. The launcher was unique and offered comprehensive customization options when it was first released a couple of years ago.

However, the MIUI Launcher caught on quick and even left Poco Launcher behind in the dust. Presently, it feels extremely dated and MIUI 10-ish since it lacks most of the more modern MIUI 12 design cues.

Not only that, but Poco Launcher still doesn’t have proper support for Android 10/11 gestures which results in broken animations when opening up recents, launching any app, or returning to the home screen:

Complaints about these issues have been doing rounds for over a year now and Poco had promised to fix them on multiple occasions, but barely any progress seems to have been made.

When are you gonna rollout Poco launcher update with missing Android 10 gestures and broken animation? Said it is under validation 7 months ago…not to mention the battery drain issue in Poco f1 since miui 12 hasn’t fixed it yet.
Source

@POCOSupport @s_anuj @POCOGlobal Why poco removes app opening and closing animation? Small- small things your developer are not able to fix why? Almost Everything thing is working fine in latest version of MIUI 12.1.3.0 stable except missing animation.
Source

The initial promise for an upgraded Poco Launcher with full support for Android 10 gestures animations first popped up back in June last year.

A couple of months later, Poco made a new revelation about the development of a Poco Launcher version 3.0. Heck, there was even an alleged video of it in action.

However, no further details of the project showed up until January this year, when it was promised once again in an AMA that the Poco Launcher will receive its promised update with a fix for broken animations “very soon”.

Unfortunately, it’s almost been 5 months since that news and there’s still no sign of any major Poco Launcher update.

Poco sure does need to pick its pace up with the development process or at least let the users install the MIUI Launcher APK to get rid of the old rust bucket of a launcher the Poco Launcher currently is.

All of the aforementioned begs the question – has Poco Launcher been abandoned completely and the developmental resources shifted to Poco UI instead?

Or is the Poco Launcher 3.0 update set to bring along such radical changes over previous versions that the lengthy development time is justified?

Impossible to know for sure presently. Still, we will continue tracking the matter for further developments so stay tuned to PiunikaWeb. 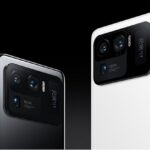