Call of Duty Warzone support has been working tirelessly to iron out ongoing bugs in the game.

The players have been witnessing bugs and issues frequently in Warzone. Some of them have been addressed while some are yet to receive a fix.

There appears to be a common bug where friendly vehicles kill teammates has been there with other Battle Royale games as well.

The exact same bug of players getting ran over by vehicles is now troubling Call of Duty Warzone. Some players who become a victim of a deliberate/unintended killing by vehicles has raised a complaint.

Since this impacts fair gameplay, developers have decided to take this issue forward and look for a way to stop it.

The official Twitter support of game developers has shared the ticket of this issue where players are getting killed by vehicles operated by friendlies in Warzone.

From what it appears, this glitch extends to all gaming platforms and isn’t directly linked to a console.

The status isn’t quite clear but the team has assured that this is under investigation and is among the top issues that developers are working on.

This hints that in the coming days, this glitch is highly likely to be rectified.

This is more of a crazy fun experience for many but becomes a pain when teammates start doing it quite often. Here are some extracts from the comments section.

No leave it in lmao it’s funny asf

No leave it, I like that feature, I can purposely run over a suspicious hacker on my team

Some users also shared how it is done in the game. Take a look here.

IST 03:51 pm A new patch has been released that claims to have fixed the friendly car kill issue in Warzone.

– Fixed a bug where vehicles could down or kill squad mates. (Source) 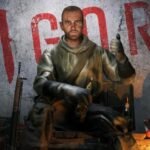 Vigor loading into Encounters & boosted lobbies issues acknowledged, fix in the works; invisibility glitch in Shootout to be fixed too