A 2021 premium segment device, Sony Xperia Pro, instead of going with Android 11, was launched with the older Android 10 out-of-the-box.

Sony only targetted the American market initially but may expand the device’s presence in other regions later this year.

Launching a device of this level with an older Android version was disappointing but Sony quickly learnt the demands and have some good news for the device owners.

Sony Xperia Pro is now receiving the Android 11 update in the U.S. after staying on Android 10 for 4 months.

A user took to Reddit to announce this news with a screenshot that doesn’t explicitly say it’s Android 11 but there is another report to corroborate the claim.

Unfortunately, Sony chose to skip the changelog and presented the update with absolutely no information at all.

The more disappointing fact is that the update brings barely any changes and only takes the Android version number to 11.

Sony has a history of suspending Android 11 update after rolling it out, mainly due to bugs and users at this point would be hoping they don’t bump into something similar.

Like all other brands, Sony is also trying to cope up with the current trends in the smartphone domain by releasing timely Android 11 updates to the eligible devices.

Also, it is natural to witness bugs and issues along the way. And in case you stumble upon one, be sure to report it at the earliest.

In the meantime, you can check out our dedicated Sony Android 11 update tracker to know the status of your Sony device.

Android 12 is also out in the beta form, here’s something that may excite Sony users.

Note: We have more such stories in our dedicated Sony Section so be sure to follow them as well. 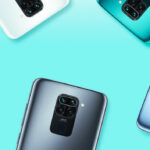