Remember the OnePlus Watch? Of course you do. OnePlus’ much-awaited debut into the smartwatch schene that didn’t exactly go according to plan, receiving a lot of backlash from the industry critics.

Well, the product still continues to improve its feature-set with each new update, making it an even more appealing buy for people in the market for a ‘half-smartwatch, half-fitness tracker with a great battery life.’

The past few days, the OnePlus community has been awash with stories and reports of the upcoming OnePlus Watch Cyberpunk 2077 Limited Edition, perhaps to complete the cycle with the Cyberpunk 2077 OnePlus 8T.

Like the special edition OnePlus 8T Cyberpunk 2077, the OnePlus Watch is also set to bring a bunch of features and tweaks to the UI that will set it in line with the game theme.

Today, thanks to a bunch of teasers by OnePlus on Weibo, we get a look at some of the exclusive themes that this upcoming product will don out of the box, further putting it in the Cyberpunk 2077 game theme. This will probably spot a black cmd-looking background with a bunch of text running through, perhaps to simulate the code boot-up processes involved.

The OnePlus Watch is not exactly rich when it comes to watch faces so it is probably a good thing that the Cyberpunk 2077 OnePlus Watch will also bring a few theme-inspired faces. The charging animation for this special edition OnePlus Watch also adopts the Cyberpunk 2077 color scheme of gold and blue, a theme that is also brought over to the icon pack that looks a lot like the one we saw with the OnePlus 8T. In summary, the Limited Edition Cyberpunk 2077 OnePlus Watch will have tweaks over the standard release based on the following:

We shall continue to closely follow this limited run product and update as and when we get more info so stay tuned to PiunikaWeb.

Also, we saw many of the Cyberpunk 2077 OnePlus 8T features ported over to other devices. Should the same be possible for other OnePlus Watches, we’ll be first to let you know. 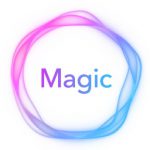